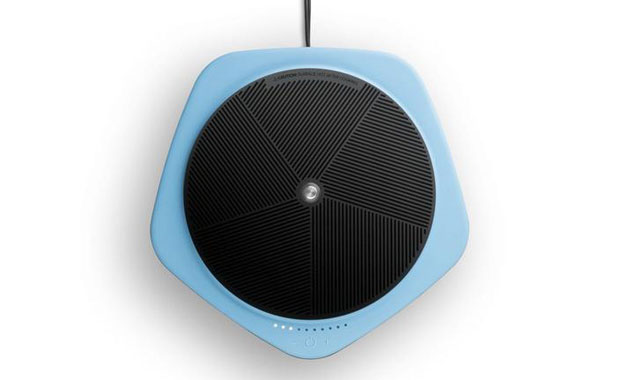 Welcome to Gadget Dreams and Nightmares, the column that takes a job at the White House only to lose it 10 days later for spending too much time discussing the latest gadget announcements on the phone.

In our explosive phone calls this time around are a connected cooking tool from a viral content publisher, a Lego-like toy that teaches coding, and a smart ring.

As always, these are not reviews. The ratings relate only to how much I’d like to try each product, and are in no way an indicator of how foul-mouthed I’ll get when discussing colleagues on the record with a reporter.

If you’ve looked at Facebook for more than a minute over the last few years, there’s no question that you’ll have encountered a top-down, perfectly filmed food video from BuzzFeed’s Tasty channel. The cooking clips are enormously popular on the social network, racking up billions of views a month. Now BuzzFeed is trying to monetize its success in a new way.

Enter the Tasty One Top, a hot plate that seeks to make the work of cooking while watching the videos for guidance a little simpler. That’s because the hot plate syncs with many of the clips through the Tasty app.

After you’ve chosen a video to guide you through your party-pleaser, the device alerts you when it’s time to start the next step. At that point, it will adjust the temperature automatically. You don’t need to use the Tasty videos to cook; you can create your own dishes and adjust the temperature through buttons on the One Top or remotely through the app.

The One Top uses technology from GE to help it measure a pan’s temperature and sous vide ingredients using immersion circulation. It’s retailing for US$149 and starts shipping later in the year.

It shouldn’t be a surprise if One Top turns out to be a massive success, as practically everything BuzzFeed even glances at seems to turn to solid gold at a ridiculous pace. This hot plate seems like another winner. I love to make good food, though I deeply resent how long it takes me to thrash out a seemingly simple dish. It’d be an extremely welcome addition to my countertop.

Rating: 5 out of 5 Delectable Cheese Pulls

There’s a common refrain that the white-collar workforce will need a solid grounding in coding sooner rather than later. So, Algobrix seems a fine start to guide young kids looking to learn and play with the basics of logic and programming.

The toy comprises several bricks with printed symbols on two parts: functions and parameters. When youngsters finish building their mini program and hit a play button, the accompanying robot follows the directions to move, project light, shoot balls, and play audio. There are sound, touch, light, and distance sensors that give the Algobot (which the kids build themselves) some triggers from the environment.

Perhaps most importantly, Algobrix is compatible with Lego pieces, so youngsters can use Lego boards they already have to rig up their instructions for the Algobot. They also can integrate their robots into their Lego creations for more inventive play.

If it works as advertised, the marriage of STEM principles and play for kids seems an irresistible pull. If I had kids the right age, I’d absolutely look to pick this up. Heck, as a right-brain dominant man in his early 30s with minimal coding knowledge who’d like to learn, I might grab it for myself.

Rating: 5 out of 5 Logic Breaks

I more often than not use headphones or earphones when making calls. Holding a device to the side of my face to talk for minutes at a time isn’t the most enjoyable experience, especially not when I could be using my hands to carry out chores while I gab to my parents.

I cannot fathom for the briefest of seconds why I’d want to place a call using a smart ring.

The Orii smart ring requires you to hold a finger to your ear while making a call, with the audio making its way to your ear through bone conduction. The ring houses Bluetooth connectivity, an LED for customizable notifications, a gyroscope — and, if I should ever use it, my remaining dignity.

If you touch it to your ear when not making a call, it lets you start talking to Siri or Google Assistant. That’s somewhat useful and the bone conduction aspect is fundamentally cool, I’ll give Orii that.

I can imagine some people would find it handy overall, especially if they’re tired of looking at screens or are visually impaired, though Siri and Google Assistant obviously work without Orii and don’t necessarily require visual acuity anyway.

I just can’t wrap my head around ever using Orii. It’s definitely not for me, though I can see the merit for others. If the creators were able to pack it into a device the size of a normal-person ring rather than one more suited to adorning Super Bowl winners, it might be a different story.

Rating: 2 out of 5 Bone Shakers