Welcome to Gadget Dreams and Nightmares, the column that sifts through the latest gadget announcement for nuggets of gold.

In our precious metal collection this week are an adapter that converts a run-of-the-mill bicycle into a smart bike, a new spin on the singular credit card, a TV remote-speaker combo, and a roll-up keyboard.

As always, these are not reviews, as I haven’t even seen any of these items in the real world. The rating for each product denotes only my interest in trying it out with my cynical writer’s hands.

Regular readers may recall previous acknowledgments of my inability to ride a bicycle. I never had much interest as a child, and although I now live in a tremendously bike-friendly city, I haven’t found a way to learn without feeling like a total chump in public.

Yet I am more interested than ever in leading a life on two wheels after discovering SmartHalo. This is a tool that attaches permanently to one’s ride and turns it into a smart vehicle.

The “halo” part of that name refers to the circular display, which uses color and segmented lights to indicate turn-by-turn directions. (SmartHalo learns your destination through a paired smartphone app.)

The system includes a night light that switches on and off automatically, as well as a notification system for incoming calls and messages and inclement weather alerts. As is seemingly required of every gadget, it has a fitness tracker too.

Since this is supposed to live permanently on one’s bike — save for removing it to recharge on occasion — security is a key factor. SmartHalo appears to be tamper-proof, and it has an alarm system to ward off would-be thieves. Cherry on the cake? The app can lead you to your bike if you’ve misplaced it.

There’s an impressive array of functions crammed into SmartHalo, and for both complete novices and experienced riders, it could prove a boon. The estimated retail price of US$149 seems fair for what SmartHalo can do. And now if you’ll forgive me, I’m about to look up local adult bike classes.

Coin, a product designed to combine all of your payment cards into one, is back with a new version. The latest card includes NFC (near-field communication), the technology that often powers contactless payments.

Users may opt to assign a nickname to each card, which is displayed on the device when in use, along with information on whether the card is NFC-enabled.

NFC is a welcome addition, since I use it whenever possible with my credit card. I’m still concerned with Coin holding my credit card details, but perhaps I shouldn’t be, given the litany of online stores that have processed the 16 digits holding the key to my finances.

Then again, possessing a single credit card rules out Coin as a valid option for my day-to-day life.

If there’s anything I’ve seen this week that I don’t see adding much tangible benefit to my life and yet must have immediately, it’s Sony’s odd new TV remote/speaker combination device. 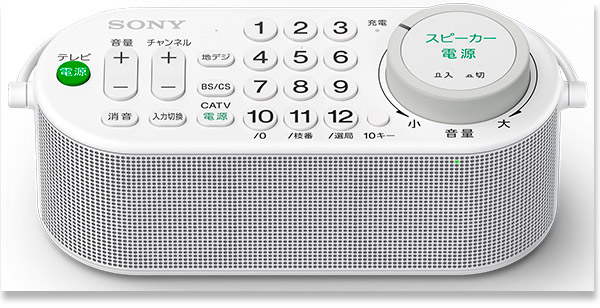 It’s a wireless system, though completely impractical for couch use. It looks ridiculous, frankly, but I can see a time when I’m in the kitchen making dinner, but want to hear the local news (OK, fine, Coronation Street) from the living room TV.

Changing the channel and raising the volume would be so much simpler to do while standing at my counter, rather than having to traipse 10 feet to the other room.

It looks extremely silly, and it’s not something I’d likely leave on the counter when hosting friends. It’s probably a good thing this is for sale only in Japan. That rules out a host of awkward conversations.

Rating: 4 out of 5 Channel Hoppers

I am not the best smartphone typer. Occasionally, I might be away from home when inspiration strikes, and I want to craft a draft of an essay or a flowery email before I lose those precious thoughts. That’s why I’m looking forward to LG’s Rolly hitting the market.

It’s a portable Bluetooth keyboard that rolls up into a stick that seems only slightly too long to fits in one’s pocket. It’s made from plastic, so it should have some tactile sturdiness to it.

If there’s a way for me to have a solid keyboard on the go without having to bring my bulky laptop or buy a new one, I’m on board. The promise of a three-hour battery life from a single AAA battery and auto-pairing with devices as soon as one rolls out the keyboard are also strong positives.

And if ever someone takes offense at my Rolly, I suppose I’ll have a handy blunt object with which to quell such dissent.

Rating: 4 out of 5 Autocorrect Killers