Welcome to Gadget Dreams and Nightmares, the column that ventures forth into the land of new gadget announcements to seek out the best and brightest gizmos.

On the horizon this week are a modular smartphone, a highly modern keyboard, and an update to a classic set of headphones.

As always, these are not reviews, and the ratings reflect only how much I’d like to test them for myself — probably with extreme care in the case of the headphones, because, boy, are those pricey.

To communicate online in 2015 is to have at least a passing awareness of emoji — the colorful symbols that are endemic in social media and text messages. Inputting emoji into a post or message from a computer is often awkward, though this item might help.

EmojiWorks has a physical keyboard which, at the touch of a modifier (think ctrl, alt or command), you can use to type emoji.

A skintone changer lets you bring each icon in line with recent diversity adjustments to the various emoji images.

There are multiple models of the EmojiWorks keyboard. Users can choose 47, 94 or 120 emoji to input. It works with Windows, Mac and iOS devices over Bluetooth. 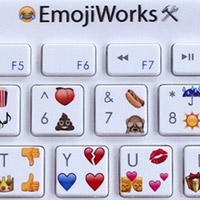 It’s a fun idea, and I’ve been known to slide a few emoji into my tweets or texts.

However, I’m apprehensive about learning an entirely new keyboard and remembering where more than a hundred new functions are on it. If EmojiWorks can explain just why the devil there are so many emoji for trains, I’ll happily buy a keyboard in return.

Rating: 3 out of 5 Prayer Hands

Following Google’s Project Ara and Phonebloks, here is another stab at the modular smartphone.

This one, called “PuzzlePhone,” lets users switch out a few main components when the originals break or if they simply want an upgrade.

Those components are the brain, which houses critical functionality like the processor and camera; the spine, which holds the screen, frame, and speakers; and the heart, which is home to the battery and secondary electronics, such as the antenna.

The phone’s specifications are fairly standard — at least for now. It offers varying storage capacities and build finishes to those who back the PuzzlePhone at different levels in its crowdfunding campaign.

Otherwise, it runs Android, and it has a 5-inch HD screen, 12-MP and 5-MP rear and front cameras, an unspecified eight-core ARM processor, and 3 GB of RAM. That’s a decent build for a smartphone that will run US$333 at the 16-GB storage tier.

PuzzlePhone’s maker intends for each handset to last up to 10 years, and hopes third-party developers will invent modules of their own.

I’m an admirer of the modular smartphone movement (as I am of any technology push to reduce waste) so I’m already on board.

However, it seems a touch less flexible than Ara or Phonebloks, each of which are primed for users who want to change each individual element rather than a few that are grouped together in a single module. Still, I’m sure there are plenty of people who’d like to keep their modular phone simpler with fewer moving parts.

Rating: 4 out of 5 Connected Pieces

If you’re looking for a cheap set of headphones to carry around in your bag, you might wish to steer clear of the latest Sennheiser cans.

The company has updated its famed high-end Orpheus headset. It took around 10 years to rework it with an electrostatic design and separate amplifier. It’s the former that gives these headphones the apparently pristine sound quality — along with a retail price of roughly US$55,000. 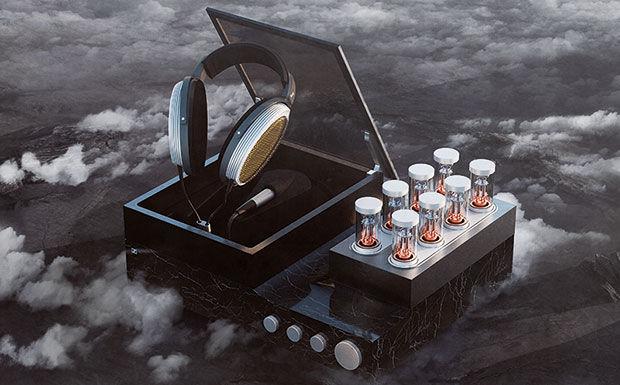 As I understand it, the electrostatic design means that the part of the headphones that produces sound has zero resonance or damping concerns to ensure clear sound. The amplifier has eight freely suspended vacuum tubes sitting above a marble housing, which seemingly help cut out unwanted noise.

The frequency range, meanwhile, runs from 8 hertz to more than 100 kilohertz. Since the human frequency range typically runs between 20 hertz to 20 kilohertz, that’s a vast spectrum of sound these headphones are capable of that we can’t even hear. Yet that seemingly reduces distortion.

These headphones look amazing, and while I’m not the world’s predominant audiophile, I’d have to be a fool not to want them. Since I enjoy certain simple things in life like rent and food, there’s approximately a 0.1 percent chance I’ll ever own these.

That said, this column is all about whether I’d try out the products under discussion, and I have no hesitation in giving the latest Orpheus the highest rating possible.