Welcome to Gadget Dreams and Nightmares, a column that takes a look at some new gadgets that are not yet released or have just hit the shelves.

I’ll trawl through product announcements to find potential gems — as well as gizmos that deserve to be ignored after we’ve poked a little fun at them.

Note well: These aren’t actual reviews — the ratings I’ve assigned to each item merely reflect my interest in using them.

Boy, that name’s a bit of a mouthful. The tablet conflates lots of different things: It’s an Android tablet designed for reading, made by Samsung for Barnes & Noble. That might seem confusing, and I’d agree.

It’s essentially a branded version of the Galaxy Tab 4 with an e-commerce focus. Specifically, there’s a Barnes & Noble Newsstand app, with games, movies and books on offer.

However, if I wanted a tablet to make buying digital goods easier, I’d more likely opt for Amazon’s Kindle Fire — which focuses on getting people to buy things from Amazon — or an iPad.

The Nook never truly competed with the ubiquitous Kindle, and slapping in functions like a custom home screen and reader profiles won’t diminish any interest would-be buyers might have in picking up a Kindle Fire instead.

HTC One (M8) For Windows

It’s another week in the Gregorian calendar, so that means HTC must have a new smartphone to hawk.

This one is a little different, as it takes the shell of the Android-powered HTC One (M8) and stuffs in Windows Phone 8.1 instead. So, we’ll get that customary handsome HTC casing with a far prettier operating system to match. Big thumbs up. 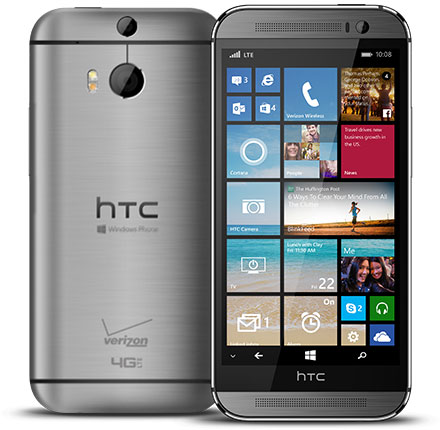 Everything else is essentially the same as the HTC One (M8) — tech product names are becoming increasingly unwieldy — save for Verizon exclusivity in the U.S. (so far). Battery life might differ, though, owing to the demands of the respective operating systems.

As the first manufacturer outside of Microsoft’s silo to make a Windows Phone device, HTC is taking a bit of a risk — but it’s a solid phone, and the Windows Phone sheen might draw over some Microsoft enthusiasts eager for some slightly different steak for their pepper.

In Kickstarter land, a new project wants your money to build Bluetooth padlocks.

Once you’ve paired your Noke (pronounced “no key”) padlock with your smartphone or shared access to the lock with a friend, simply clicking the lock opens it as long as there’s a paired smartphone within 10 feet.

The creators have even accounted for idiots like me, who let their phone batteries run out with nary a charger in sight — or worse, one locked inside a Noke-secured locker. You can set up a code to unlock the Noke manually, which works by clicking the padlock in a certain rhythm.

It’s a nifty idea, and if it works as well as the Kickstarter video promises, it should see huge success. The aspect of sharing access to the lock is a smart move, as allowing friends and family temporary access to lockers or locations could make sharing items vastly easier. And you could set up some elaborate scavenger hunts, if you were so inclined.

Solving long-standing everyday issues like losing a key or forgetting a combination through simplicity and technology gets a thumbs up from me. Though I suspect opportunistic thieves wielding bolt cutters won’t care too much about how you open said locks.

Rating: 4 Out of 5 Stolen Bicycles

LG is pushing into Sonos territory with a range of wireless speakers to dot throughout the home.

Music Flow can tap into your entire music collection, including music stored on other devices connected to your Wi-Fi network. It can cycle through the various modes for directing the flow of sound, including a multi-room mode to have the same song busting out of all the speakers simultaneously when you have people over, for instance.

LG says you can set up the audio system with a single tap using near-field communications (NFC). That’s a touch difficult to swallow, as any serious audiophile dropping cash on this system will surely noodle with the setup far more studiously than one might with a single-tap-to-set-up tool.

The Line voice control function is a flashy touch, and Music Flow, which naturally operates as a smartphone app, can direct the speakers to play Internet radio stations. The unification of your audio setup is complete when you’re away from home, when Music Flow turns into a portable music player with song recommendations ready to play as soon as you’re back.

While multiroom speaker systems are hardly a new concept, it looks like LG has left nothing to the imagination with this setup, since it pulls together almost all aspects of your music listening. Now LG just needs to add car connectivity so we’re never away from our audio setup, even for a second.

Rating: 3 Out of 5 Soundbars

It’ll be a smartphone with a screen, camera, speaker, microphone, storage, Internet connectivity and apps. Were you expecting a robot that could do the dishes as well?

Relax, you’ll have it in your grubby paws soon enough.