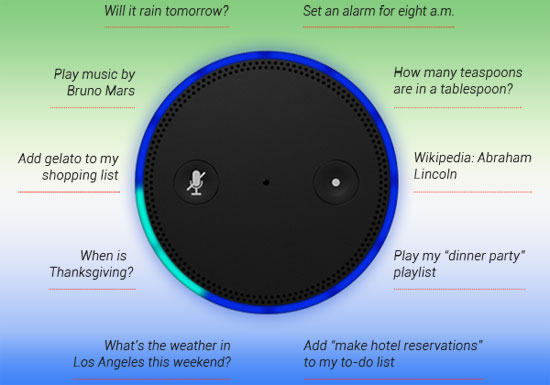 In a world of connected homes, only one column sifts the gold from the dirt before consumer tech ever makes it to shelves. Welcome to Gadget Dreams and Nightmares.

This week’s entries include Amazon’s latest play for your living room, a bevy of integrated sensors, a connected coffeemaker, and much more.

As always, each item does have a rating — but it indicates only how much I care about trying it out. These are not reviews.

Amazon Echoes in the Abyss

Echo, Amazon’s newest attempt at a smart personal assistant, is set to take pride of place in your home. The black tower is voice-activated and can play music, as well as provide information and news updates. Also, because it’s from Amazon, it can update your shopping list.

It’s always on, which means it’s continually listening to you, no matter where you are in a room. That’s just more than a little unsettling.

Amazon promises that Echo activates only when you say a wake word (“Alexa,” which surely will complicate matters for parents with a child of that name), but who’s to say Echo can’t hear everything? It needs to hear what’s going on to understand when it’s being called upon.

It’s disconcerting to think there’d be a piece of machinery in my home that’s connected to the cloud and listening to everything.

It’s a novelty, and I don’t see it replacing a smartphone or tablet as the go-to provider of information and entertainment. Yet I fear it’s a harbinger of near-term lifestyle changes as people simply open their doors and invite the NSA even deeper into their homes.

Rating: 2 out of 5 Ecco the Dolphin Jokes

Quirky’s smarter home collection is based on a much smarter concept of what a true connected home should look like. Quirky’s range of sensors monitor energy usage, track when doors and windows open and close, control heating, and oversee garage doors. 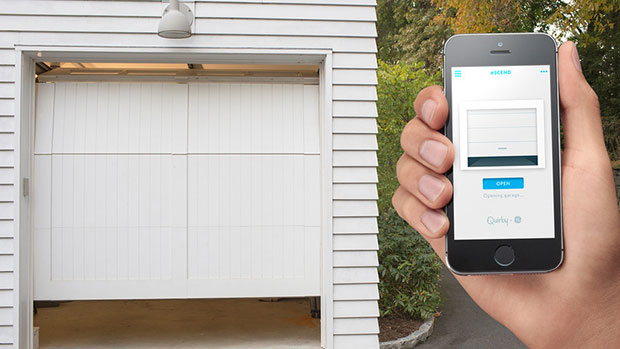 The connected home is much more likely to align with Quirky’s vision than Amazon’s. Quirky offers a range of inexpensive sensors connected to the same platform, feeding information into one virtual command center.

The relatively low prices are important too, since it could entice those on smaller budgets to take greater control over their home when they’re elsewhere.

Rating: 4 out of 5 Remote Controls

I’ll admit, at first I found the idea of a health monitor for cats absurd, but as I learned more, I soon warmed to Tailio. It’s essentially a scale placed under the litter box, and it tracks data such as a cat’s weight, waste, and frequency of visits.

Tracking a cat’s weight, which might not be noticeable to one’s eye, can throw up all sorts of flags about the cat’s health. If such changes are spotted quickly, Tailio can prompt owners to quickly take their potentially poorly kitty to the veterinarian. How can I get mad about that?

I don’t have a cat, though, so maybe Tailio can make a version for humans.

My mornings are inevitably rushed, because I rise as late as possible before I need to leave. That means there’s time for a rushed breakfast, but not for a hot drink in these winter months. I would love a coffee (or tea!) at a drinkable temperature ready for me when I get up.

Better yet, I’d love to have a warm cup almost ready for me when I’m on my way home. So you better believe I’m all in for Mr. Coffee.

Forget the kid-friendly, Easy-Bake Oven-style name, and there’s a nifty gizmo here. It’s part of the WeMo range too, so it builds into an existing ecosystem.

I’m so eager to try this that I don’t even think I’d need the resulting caffeine jolt to perk me up.

Rating: 5 out of 5 Pour-Over Coffees

AKA a Bad Idea

All right, LG, I get it. You need to try something new to differentiate your smartphones in an overloaded market. Anthropomorphizing a group of AKA handsets is not the way to do that.

The phones are even perpetuating outdated gender norms (there’s only one “female” phone and it’s pink, of course). More than that, these little guys and gals have a mission to save the world from aliens. Why is this necessary, LG?

It’s a shame, because these otherwise seem like decent phones, with good specs.

I adore storytelling and rich fictional universes and made-up worlds, but as we’ve seen with the glut of superhero movies in recent years, not everything needs a backstory. Certainly not smartphones.

Flux is a 3D printer that recognizes people might want to use their machine for a variety of purposes. To wit, it’s a flexible piece of kit that’s customizable.

It comes with a 3D scanner, which is perfect if you’re into counterfeit plastic replicas of small items (just kidding, that’s pretty neat), and a laser engraving option. Most excitingly, there’s a pastry attachment for chocolate, jam, and all manner of other delights. I’m sold.

On the surface, it’s a truly a great execution of the 3D-printing concept — one that hasn’t quite cracked the mainstream. Help people fill their donuts on demand, and you’ve got a winner.

Rating: 5 out of 5 Chocolates Made With Vulgar Designs