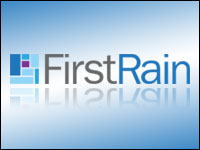 FirstRain has released its third iteration of the mobile version of its personal business analytics app, enhancing it with social sharing functionality and building in a new contextual layer that gives users more information about the data they receive.

FirstRain also debuted a version for Windows Phone with this rollout.

These changes are preceding what FirstRain is doing on the desktop although all versions eventually will have the same functionality, Penny Herscher, CEO of FirstRain, told CRM Buyer.

“We are upgrading our mobile apps now first,” she said. “We will lead with the iPhone and other mobile phone apps and then the iPad. Then we follow with the desktop.”

This new pattern is a reflection of how sales people and business and marketing executives — FirstRain’s typical users — now work, she said. “No one is sitting at a desk anymore — certainly not all day.”

A mobile app also is better suited for the rich customization the platform has, she added.

Briefly, what FirstRain does is gather all the relevant information in social media and on the Web — information that is public, not from proprietary sources — about contacts or companies of interest to the user. The user’s overarching goal is to improve productivity, whether trying to close a sale, develop a lead or refine a product.

For instance, a sales rep might use FirstRain to identify risks in the sales funnel.

“Sales reps always need to know what is happening with their customers, and by using FirstRain they have this customized information delivered to their devices,” Herscher said.

If any adverse information turns up about a key prospect, for example, the rep likely would appreciate receiving a smartphone alert that the customer might be considering closing the account.

With the new enhancements, FirstRain users can get even more out of the application, Herscher said.

For instance, there are social sharing options integrated with the back-end systems of top CRM and other enterprise applications. A user could send an article to a Chatter group about a CFO resigning from a company, for example, asking for feedback about the impact it could have on the company’s account. Ditto Yammer, Sharepoint and email. There are also more public options for LinkedIn and Twitter.

The contextual layer that is new to this version is that it helps users better connect the dots when monitoring accounts or prospects, Herscher said.

The rep who was interested in the CFO resignation also would receive tweets and blog posts from competitors referencing the company, and so on. If there were any public filings associated with the event, they would be delivered as well.

Another example is a rep trying to identify opportunities in a certain market. Say the rep sold equipment to fast food franchises and wanted to expand to Texas. The rep could customize the app to look for McDonald’s franchise growth patterns there. The app would return news of a certain restaurant that just built a new parking lot, or just bought some new equipment, or of a franchisee that acquired another location, Herscher said.

It would also tell the user what the competitor, Burger King, was up to as well.

This is not a data dump, though, Herscher said. “Our goal when designing this was to replace the need for anyone to do a business search or look at scores of RSS feeds. Business information overload is an issue that many sales reps and executives have — and that is what we have addressed.”