Finding Security in an Insecure World 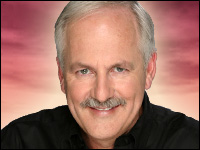 With U.S. citizens getting shot on U.S. borders — and the folks investigating them literally losing their heads, with Facebook and Twitter friends using location information to determine when your home is vacant and available for looting, and with the U.S. being named as botnet capital of the world, I expect we all are feeling less than secure at the moment.

I’ve been on a search for the most comprehensive solutions for both personal and business security myself — both because I write about this stuff and because I’m feeling more than a bit insecure myself these days. Currently, I think ADT Pulse for home and the McAfee approach to business security are the most complete solutions on the market. Both could do more, but I’m not aware of any other products that do better.

In the interest of safety, I’ll explore getting secure this week.

I’ll close with my product of the week: Innergie, the best universal battery charger for laptops I have yet found.

ADT Pulse and Securing the Home

I’m starting with the home, because I think that is where most of us keep the things we value most — our spouses, children, pets, cars and electronics, not necessarily in that order. As we have seen, traditional perimeter home security has become a bit of a joke because police departments no longer respond to alarms, and neighbors are increasingly using tools like Facebook and Twitter to determine when you aren’t there to mine your home at their leisure.

Cameras help, but only if you can see them — or if they automatically trigger during an alarm event. If it is at night and the lights don’t come on, often all the cameras capture — assuming the thieves don’t steal the DVR connected to them — is dark moving shapes.

What is needed is a fully integrated system that couples video surveillance, perimeter security, lighting control, and remote viewing into a single solution that includes cloud-based video or still picture storage. This makes it vastly harder for someone to break into your home and not get caught. You can monitor your house while you travel, and if you observe a break-in, you can call neighbors or the police personally — and you have a more reliable video record of the event.

ADT Pulse, a new service that is now actually running in my own home on a one-year trial, does all of this. It ties in my eight perimeter low-light cameras, plus two additional wireless cameras for indoor monitoring; it ties in home automation switches so lights can be controlled by the system — turned on in case of fire or burglary — and it provides a number of Web-based and iPhone monitoring tools that allow remote management.

It also comes with its own tablet for aggregating alarm/light/camera functions in the home from a central location. I can arm, disarm, and review the log of events and watch the cameras from a variety of devices inside and outside the home.

Shortcomings I expect to see addressed in future updates are the lack of low-light capability in the wireless cameras; the lack of a battery in the supplied tablet, which limits its mobility; and the absence of occupancy triggered light functions. ADT is planning to add remote-controlled electric locks, but they’re not yet available.

Still, the ADT Pulse offering is the most comprehensive I’ve been able to find, and I’m using it myself as a result. Oh, and the wireless cameras make good nanny cams, as long as there is enough light.

I plan to provide updates as this test goes on throughout the year; initially, I’m very impressed.

McAfee: A View From Focus 10

Given the focus of this piece, it was fortunate that McAfee had its analyst event last week in Las Vegas, and doubly so that the casino didn’t own my home when I returned. As part of my preparation for the IT Midmarket Forum I’m keynoting in Orlando next month (nice plug huh?) I’ve been looking for the most comprehensive approach to device security. Like Intel — which liked its approach so much it bought the company –I landed on McAfee.

I used to run the Giga (now part of Forrester) security operation, and I’ve both been in law enforcement and run security groups at places like IBM. The end result is that I’ve come to love the co-concepts of comprehensive coverage and focus, which are often hard to find in companies that have the necessary scale to cover the needs of the typical mid-sized business, let alone enterprise.

Symantec has drifted too far into EMC’s storage space and lack focus. None of the other companies seem to have grasped the need to embrace mobile devices like iPhones and iPads, let alone have the breadth to think about intelligent printers, which have become a huge exposure of late due to their insecure repositories of scanned confidential documents.

Let’s not even start with virtualization — an area most firms appear to view as outside their coverage, even though virtualized servers and desktops are growing in triple-digit numbers at the moment. Can you imagine what would happen if a large number of virtualized desktops started an AV scan at the same time? You’d bring storage performance to its knees if you didn’t literally fry it.

At its Focus 10 event, McAfee demonstrated products in all of the related classes and prototypes — including in areas like printer monitoring — indicating that they will soon be on embedded devices, which represent one of the largest currently unsecured locations for confidential information. The company recognized that when it comes to mobile devices, the need is to be able to rapidly provision, wipe, and assure proper access control, and that is where its solutions are focused.

One interesting learning was that its firewall outperforms firewall products from networking vendors by 3x to 10x, because it is designed to be a security product and uses the same data back end to identify and report threats as McAfee’s other security offerings. This is why Brocade and others resell it and don’t build their own.

In the end, though, McAfee’s greatest advantage is a common and consistent control structure that manages all of this. It is that component, together with McAfee’s breadth, that makes the firm stand out in my mind.

Whether it is ADT Pulse for your home or McAfee for your large business, think about the threats you have to face and the need for a comprehensive and easily managed solution to combat them.

Assuming your goal is to keep those who depend on you safe, your greatest priority should be making sure the products you’re using do their jobs well.

I do a lot of traveling, and my current carry laptop is the sexy little Alienware MX11. It gets decent battery life for its class, but I need eight hours, and this class is closer to three and a half. This isn’t the only laptop I carry, either, and since I do a lot of work on planes, I need to pull 12v power from them as well. 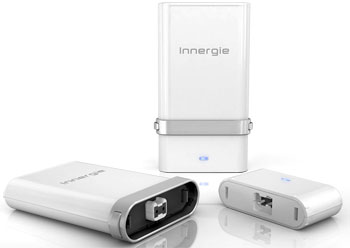 The best product to do this that I’ve found so far is the Innergie mCube Pro. [*Correction – Oct. 21, 2010] It comes with a large number of adapters for different laptops, and it has a USB port that will charge your smartphone or MP3 player at the same time.

This last is particularly handy if you power down your laptop at night and need to charge your phone while you sleep (typical laptops power off their USB ports when they are powered down).

I’ve traveled with it on several trips, and it has worked flawlessly, making sure I had the power I needed when I needed it.

Sometimes you just need something that gets a specific job done, and for its excellence in charging, the Innergie mCube Pro universal charger is my product of the week.

*ECT News Network editor’s note – Oct. 21, 2010: The original published version of this article referenced Enderle’s product of the week as mCube Plus, when he actually meant to refer to mCube Pro. Rob Enderle is a TechNewsWorld columnist and the principal analyst for the Enderle Group, a consultancy that focuses on personal technology products and trends.
Get Permission to License or Reproduce this Article