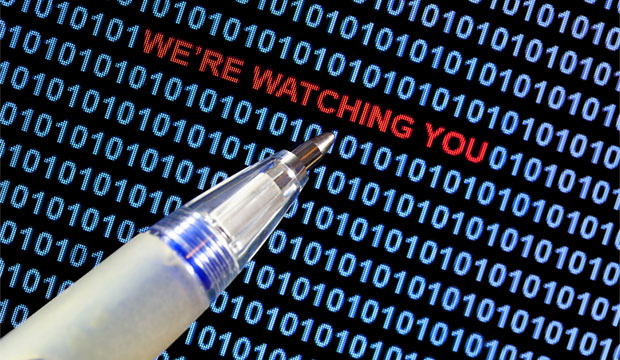 Facebook on Monday moved to prevent spy applications from accessing its users’ data.

Facebook already has taken enforcement actions against devs who created and marketed surveillance tools in violation of the company’s previous policy, he noted, adding that “we want to be sure everyone understands the underlying policy and how to comply.”

Facebook has been under pressure to beef up its rules governing surveillance apps since last fall, when the American Civil Liberties Union released a report exposing how Geofeedia was using Facebook, Instagram and Twitter data to track protesters in Baltimore and Ferguson, Missouri.

“We depend on social networks to connect and communicate about the most important issues in our lives and the core political and social issues in our country,” said Nicole Ozer, technology and civil Liberties director at the ACLU of California.

“Now more than ever, we expect companies to slam shut any surveillance side doors and make sure nobody can use their platforms to target people of color and activists,” she added.

The ACLU is part of a coalition that includes the Center for Media Justice and the Color of Change. The group aims to persuade social media companies to establish robust systems to make sure the rules prohibiting surveillance are followed.

“When technology companies allow their platforms and devices to be used to conduct mass surveillance of activists and other targeted communities, it chills democratic dissent and gives authoritarianism a license to thrive,” said Malkia Cyril, executive director of the Center for Media Justice.

“Social media platforms are a powerful tool for black people to draw attention to the injustices our community faces,” remarked Brandi Collins, campaign director for Color of Change.

“We commend Facebook and Instagram for this step,” she continued, “and call on all companies who claim to value diversity and justice to also stand up and do what’s needed to limit invasive social media surveillance from being used to target black and brown people in low-income communities.”

All Facebook users will benefit from the crackdown on surveillance apps, said Andrew Sudbury, CTO of Abine.

“This should improve user privacy, as there shouldn’t be any commercial companies reselling access to them and their data to law enforcement for tracking and intelligence gathering purposes,” he told TechNewsWorld.

For law enforcement agencies using information from developers of surveillance apps, Facebook’s policy will be a mixed bag.

“There’s nothing to stop law enforcement from looking as a suspect’s Facebook feed, but it will stop these intermediary-type companies like Geofeedia from getting automated feeds of information,” said Timothy Toohey, an attorney with Greenberg Glusker Fields Claman & Machtinger.

Enforcement still could be a problem for Facebook, though.

“There may be other companies that have ways to scrape this information from Facebook without developer access,” Toohey told TechNewsWorld.

Facebook’s ability and willingness to police its antisurveillance policy will be key to its success.

“A company could simply do its surveillance anyway,” Abine’s Sudbury noted. “Then it would fall on Facebook to carefully monitor what and how developers access data, looking for clues as to the purposes of the data.”

“The data is incredibly valuable. It’s valuable to law enforcement. It’s valuable to private enterprises,” he said. “Facebook wants to monetize that, which puts them in very difficult positions balancing their commercial interests with other interests.”