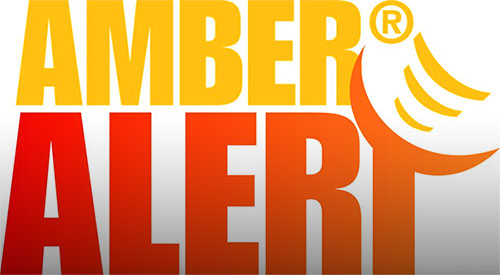 Facebook on Tuesday announced that it has begun a new effort to help find missing children by incorporating Amber Alerts into the news feeds of its 185 million U.S. users.

Through the effort, which is part of a partnership with the National Center for Missing and Exploited Children, the alerts are sent only to users in targeted search areas. They’re shown on both desktop and mobile devices and can be shared among users.

Photographs and other details about the missing children are included, as are links to the National Center’s missing-child poster for each case.

“In 2014, an 11-year-old girl was safely recovered after a motel owner recognized her from an Amber Alert that a friend had shared on Facebook,” said Emily Vacher, Facebook’s trust and safety manager. “The woman called the police, and the child was found unharmed.

“It’s amazing word-of-mouth efforts like this that inspired us to develop a more systematic way to help find missing children on Facebook,” Vacher added.

“This is a great thing, and a long time coming,” said Parry Aftab, a privacy lawyer and executive director of WiredSafety.org.

Facebook Canada has actually been doing much the same thing since 2010, noted Aftab, who was directly involved in launching that effort.

Over the past 16 years, more than 700 kids have been recovered because of Amber Alerts, she told TechNewsWorld, so Facebook’s effort “is going to save the lives of children.”

When police determine that a case qualifies for an Amber Alert, it’s issued by the National Center for Missing and Exploited Children and distributed through Facebook to users in a limited range determined by law enforcement, Vacher explained.

All available information is included in the alert, such as a photograph of the missing child, a license plate number, and the name and description of both the child and the suspected abductor. Although they appear in users’ news feeds, the alerts don’t trigger any phone notifications.

A considerable amount of information is required in order for a case to qualify for an Amber Alert — “otherwise they don’t do any good,” Aftab pointed out. “They don’t do them often because the criteria are so high.”

The alerts are also short-lived, so an essential part of enabling this new Facebook program was technology making it possible for the alerts to be removed from users’ news feeds when the official Amber Alert is taken down, she added.

In all, the number of alerts Facebook users can expect to see depends entirely on how many are issued in their area, Vacher said: “Some people may see a few each year, and many people will likely get no alerts at all.”

While some people may find the new feature an intrusion, it will “greatly benefit the Amber alert system by bringing much greater awareness of missing kids,” said Greg Sterling, vice president of strategy for the Local Search Association.

“In a media landscape that is now so fragmented, Facebook is one of the few channels that has near-total penetration across most demographic groups,” he told TechNewsWorld. “I expect that more missing children will be recovered as a result of the partnership.”

Specifically, the fact that the alerts are geotargeted, with the size of the area determined by law enforcement, shows “good flexibility, particularly if the police suspect a target may be headed to a particular area,” Tobin noted.

“When the cell carriers started sharing these alerts, a lot of people complained that they were loud and too often,” he explained.

“When someone is ready to consume information — which is frequent on Facebook — the alert is there,” Tobin said. “That’s a nice balance between the need of the child and a use case that doesn’t lead to fatigue. It’s the best chance of people continuing to take a good look at these alerts and, hopefully, getting a child back to his or her parents.”

Start of a New Trend?

“We never consider social platforms as another form of pure communication,” he told TechNewsWorld.

“It’s great that Facebook now is willing to participate in public service announcements. I think we will see this setting a trend, where maybe Twitter and other social platforms will follow,” Safko predicted. “My cellphone gets Amber Alerts and reverse-911 text messages — why not my Facebook and Twitter feeds?”