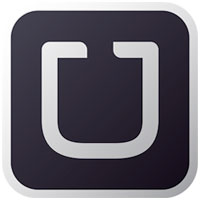 Cab drivers throughout Europe clogged city streets as they protested the rise of Uber in their locales.

Thousands of drivers blocked roads and participated in rallies to decry the service, which links users to drivers through a smartphone application.

Residents in London, Paris, Berlin, Lisbon, Milan and Madrid all faced a day when regular cabs were not making pickups due to the drivers’ strike. In London’s Trafalgar Square, for instance, taxi drivers stopped cars and stayed in the streets, while handing out leaflets to others. 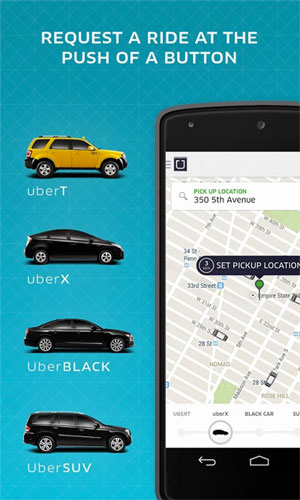 One of the London cab drivers’ gripes is that Uber doesn’t pay required British taxes — its European headquarters is in the Netherlands. The Uber app, which calculates the journey distance and fee and sends those details to the driver, should be considered a taximeter, they argue. Private vehicles are not allowed to use taximeters, and the High Court is set to rule on the matter.

Uber was issued a Private Hire Operators license two years ago since it met all of the Transport for London licensing requirements, Dan Maskell, a spokesperson for the city’s transport regulator, told TechNewsWorld.

London drivers apparently resent Uber drivers’ use of GPS tools to navigate the city. Those with a taxi license need to pass an exam testing their knowledge of London’s winding streets, and it can take up to five years to succeed.

“While Uber has been quite successful in exploiting technologies like GPS, I wonder whether replacing trained, dedicated cab drivers with nonprofessionals is all that wise,” Charles King, principal analyst at Pund-IT, told TechNewsWorld. “A GPS-using Uber contractor might be able to find his or her way to a destination as — or nearly as — effectively as a taxi driver, but in critical situations like heavy traffic or traveling at high speeds, would you rather have an unregulated part-timer or an experienced driver behind the wheel?”

“The taxi protest lasted about an hour and was generally good natured,” Leon Daniels, managing director of surface transport at Transport for London, told TechNewsWorld. “There were around 4,000-5,000 vehicles taking part rather than the 10,000 predicted by certain sections of the trade. As a result of close co-operation between TfL and the Metropolitan Police Service, the number of other road users caught in the congestion was minimized.”

Elsewhere, French cab drivers flooded Paris airports and Berlin’s contingent wound through the streets towards the German city’s Olympic stadium — Uber is operating in the latter pending an appeal against a ruling blocking it from providing services there.

While Uber service is not yet available in Lisbon and Madrid, cab drivers there demonstrated against its arrival. While many drivers in the various cities appear to welcome competition, they are hoping for local lawmakers to have stricter regulation of Uber.

Uber was established in 2009 and now is available in more than 100 cities. Its rapid growth last week spurred investors to plow US$1.2 billion into the company, which translates to a valuation of $18.2 billion.

Uber has faced many hurdles in its attempt to establish presences in new cities. Brussels banned it earlier this year, while France’s government in December forced Uber and similar services to wait 15 minutes after receiving a customer request before making the pickup.

That ruling was reversed in February, as thousands of French taxi drivers held protests and attacked Uber vehicles due to what they felt was unfair competition.

“On this side of the Atlantic, Uber got to a critical mass before the taxi drivers saw them coming. In Europe, I think they’ve seen what’s happened in the U.S.,” said Rob Enderle, principal at the Enderle Group.

“This is where it started, and it got big before local companies could really do much about it,” he told TechNewsWorld.

“They don’t want it to happen there, and the unions are quite a bit stronger in Europe than in the U.S., so that combination of things has resulted in them being a bit more proactive,” Enderle added. “The coverage on the damage that Uber has done to the taxi companies has been pretty steady, but it came too late for the taxi drivers here to do anything.”

“Practically speaking, the situation in both regions is quite similar in that Uber and its contractors are competing against companies and drivers that are required by law to submit to far higher levels of training and regulation,” observed Pund-IT’s King. “That has some parallels with the treatment that Amazon and other companies received — say, in escaping having to collect local sales taxes — when the government was actively encouraging online businesses.”

The strike action in Europe, meanwhile, has given Uber additional attention in the continent, with downloads of the smartphone app reportedly rising sharply in multiple regions.

Uber did not respond to our request to comment for this story.