Emojis Get Real in New iOS 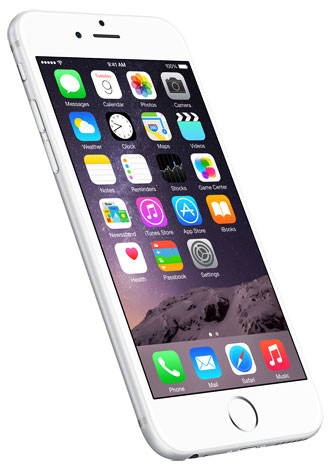 Apple on Thursday released a new version of iOS that adds racial diversity to its emoji library.

In addition to the fair-skinned faces found in prior versions, the new assortment includes brown, black and golden yellow mugs. What’s more, there are emojis of same sex couples and families, too.

“Emoji have become huge for people. This is how a lot of teens now communicate,” said Carolina Milanesi, chief of research and head of U.S. business for Kantar Worldpanel ComTech.

“There’s been a lot of debate recently about how African-Americans and Hispanics aren’t represented in those emojis,” she told TechNewsWorld.

“For some people, it’s important,” Milanesi added. “Is it life changing? Of course not.”

Waiting until version 8.3 to expand the iOS emoji library may say something about the pace of development at Apple, suggested Michael Morgan, an independent mobile devices analyst.

“These are the kinds of things that would have been nice to see at 8.0,” he told TechNewsWorld. “You get the sense that the Apple engine is having trouble keeping up with the pace that it’s set for itself, so we’re having an increase in the level of bugs and glitches being fixed afterwards.”

That certainly seems to be the case with this version of iOS.

“Looks like bug fixes and emojis,” Gartner VP for Mobility Van Baker told TechNewsWorld. “Nothing to get excited about.”

In addition to the bug fixes and emoji, however, there are some useful tweaks to the mobile OS — the ability to turn off the demand for a password when free programs are downloaded from the iTunes store, for example.

Apple also added support for Google two-factor authentication, so separate passwords need not be generated for apps on an iOS device.

Apple also made a number of bug fixes to its motor vehicle entertainment system, CarPlay. For instance, it fixed an issue that caused Maps to come up as a black screen, and it stopped the keyboard from appearing on the CarPlay screen when it shouldn’t.

It also added wireless support for CarPlay, so iOS devices can connect to it without use of a Lightning cable.

Auto telematics will present Apple with some interesting challenges in the future because of the length of development cycles in the auto and high-tech industries, noted Morgan.

What that means is the two industries may need to align their development cycles.

“A lot will need to be done to change the views of the car OEMs so they’ll be willing to catch up to the pace of mobile — I don’t think that’s going to happen any time soon,” Morgan observed.

“Carmakers want their stuff to work over the long term,” he added. “That’s more important to them than keeping up with the latest little trick.”

This version of iOS also fixes some orientation and rotation problems, such as failing to rotate back to portrait mode after going to landscape mode, and apps failing to rotate to their correct position after multitasking switches.

Apple’s Message app received some fixes, too. Junk messages can now be reported directly from the app, and messages from people not in a contact book can be filtered out of sight.

The iOS Maps app has been tweaked to provide better pronunciation of street names when doing street-by-street navigation.

In addition, Siri now can speak in nine new languages and has the power to make calls through an iPhone’s speakerphone.

The iPhone 6 Plus’s keyboard has been modified slightly with the addition of a key for creating bold, italic or underlined text.