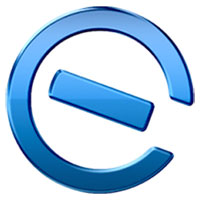 The Elive distro’s integration of the Debian Linux base and the Enlightenment desktop is a powerful combination. Together, they offer a unique computing platform that is powerful and flexible.

Elive is not like most Linux distributions today. It does not have a team of workers supporting multiple desktop offerings cranking out frequent upgrades each year. It also does not have a thriving community.

In fact, Elive is one of a few Linux distros that aggressively asks for donations in order to download the installation ISO file. You can get the download without donating, but the process requires you to verify your email address and wait for the download link.

Developer Samuel F. Baggen announced the release of version 3.05 on April 29. It is based on Debian 7 “Wheezy,” with a customized Enlightenment 17 desktop.

The customization is key to what gives Elive the edge over the few other distros running the latest version of Enlightenment, which is E22. However, this latest Elive version is likely the last update in the Elive 3 series.

The developer is focused on the next release, which will be based on Debian 10 “Buster.” That release could be well in the future, though, because donations from users have not been sufficient to support the developer’s continued efforts so far.

The silver lining is that this latest Elive release is updated with some of the internal improvements Baggen developed for the next version of Elive. So this latest release provides an early look at what may be coming next.