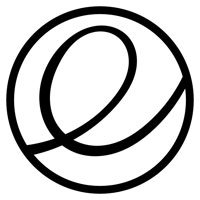 The release last month ofElementary OS Freya version 0.3.2 showed little has changed in this new-style Linux distro that wraps its own lightweight desktop design around the Ubuntu core.

Elementary OS first appeared in 2011. I last looked at its Freya beta release in 2014. I liked its fresh, new look and simplified approach to desktop management. However, my hopes for more features and a faster-evolving desktop environment in the latest release went unfulfilled.

The developers of Elementary OS built a new, slimmed-down desktop environment that blends some of the better characteristics of the Chrome OS, the GNOME 3 shell, OS X’s design consistency and the Ubuntu underbelly. Oversimplifying a desktop environment, however, ultimately may limit its usefulness, at least for more advanced Linux users. 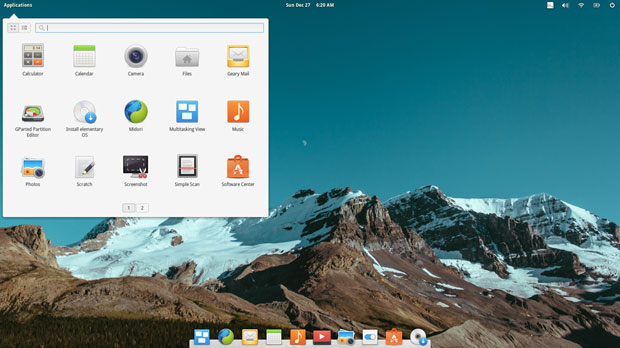 Elementary OS offers a lightweight desktop environment that is almost too stripped down for advanced users.

Elementary OS has nothing that resembles a Windows look and feel for newcomers to Linux. That is fine. The new distro is definitely easy to use, but similar to running the Android OS on a desktop, the lack of more in-depth features in Freya makes it frustrating to use for multitasking.

The main problem I find with it is that the simplicity gets in the way of my workflow. Users who do more than open a Web browser to surf the Internet or use a word processor to handle correspondence will find Freya too limiting.

Elementary OS has a homegrown desktop interface. The design is very deliberate and extremely functional — to a point.

It’s a hybrid, inspired by Apple’s OS X but based on Debian Ubuntu. The default desktop is Pantheon. It’s written using Vala and the GTK3 toolkit.

The Pantheon desktop has a unique, simple, clean design. It has a striking similarity to the GNOME 3 Shell and OS X. Its Ubuntu underpinnings are anchored under the hood.

Elementary OS is not a clone of the OS X desktop, nor does it mimic a purely GNOME 3 environment. It looks a little like both of them, though.

For example, a configurable Mac-like app dock sits at the bottom of the screen. A transparent nonfunctional panel bar strides across the top of the screen to hold a few essential system notifications. Side panels jut onto the screen to show thumbnail views of virtual desktops.

Freya’s design excludes a traditional Linux menu in favor of an Activities label in the upper left corner that drops down a modified Slingshot-style display of application icons. The notification icons on the right end of this top panel bar include the Language emblem, Internet connection status, Bluetooth and battery status markers, as well as the Power Off icon to access the shutdown menu. The date and time are visible in the center of the panel space.

A Mac-like configurable docking bar sits in the bottom center of the screen. The bar, however, has fewer configurable options and display traits than other dock bar add-ons provide.

The developers created applications built specifically for Elementary OS’s custom-made desktop environment. It has photo, music and video applications preinstalled, along with the Midori Web browser and an integrated calendar with support for repeatable events and geolocating events.

Elementary OS does not preinstall other software management systems such as the Synaptic Package Manager and the gDebi Installer. However, both are available from the Software Center, which highly resembles what you see in Ubuntu.

For me, one of the most critical functionality points in a Linux distro is how it handles virtual desktops. Distros that let me place a Workplace Switcher app on the panel for near-instant point-and-click channel changing always win high praise from me. Even better is the ability to map keyboard shortcuts to make moving among work screens a two-fingered affair.

Freya does not do this. The Elementary OS distro uses a modified GNOME 3-like approach. In this distro, you access virtual workplaces through enabled hot spots or by pressing the Multitasking View icon on the far left of the dock bar. Then you press the plus icon to add a virtual desktop or click a postage-stamp-sized view of the screen you want.

Other options let you push the mouse pointer into a hot corner to activate the Multitasking View, or you can move your fingers across the touch pad or scroll laterally with the mouse.

To change desktops, you must click the Multitasking View icon to see the partial edge of the other desktop along the edge of the screen. You cannot move an open window from one desktop to another very easily. To change desktops in the Freya version of Elementary OS, you must click the Multitasking View icon to see the partial edge of the other desktop along the edge of the screen.

Another disappointment is the overly simplified file manager functionality. It lacks dual-pane view and the ability to open multiple panels to drag and drop files. It does let you open a new view in another tab, but you can only see one tab at a time. You must use a copy file/paste file process to move or change a file’s location.

The Multitasking View is a reduced-to-scale image of the desktop. There is no Expo view. Also among the missing features is right-clicking for a context menu. This is too rudimentary.

Elementary OS Freya 0.3.2 is a minor release. It focuses on solving some issues with UEFI and Secure Boot. Those functions on newer hardware work better thanks to a completely rewritten .iso build system.

Other improvements include better localization support for languages and fixed language packs for 22 additional, prominent languages.

A few new features are present, but they do little to improve overall productivity. For example, the applications menu shows settings separately from applications in search results. Results also include matches for actions from Quick lists.

The user interface presents a simplified approach to launching applications. Newcomers to Linux might like this concept, as might users who stepped too quickly into an advanced desktop such as KDE or Cinnamon.

More seasoned Linux users are likely to find the Pantheon desktop in Freya too confining and frustratingly simple. The user settings offer few choices for the bland desktop environment.

Use the Talkback feature below to add your comments!