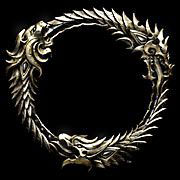 Publisher Bethesda Softworks and game development studio ZeniMax Online Studios on Tuesday announced that beta signups were open for The Elder Scrolls Online. The long-running video game franchise is going in a new direction, one that will take players back in time — a thousand years before the time period of the 2011 hit title The Elder Scrolls V: Skyrim — and open the world to the masses.

This new direction is one that has served many popular fantasy series well. Sony’s EverQuest was once so popular that it was dubbed “EverCrack,” while World of Warcraft continues to be the de facto king of massively multiplayer fantasy online role-playing games, which allow players to engage with — and at times compete against — other players from around the world.

“We’ve been working hard to make sure fans of the single-player games will enjoy Elder Scroll Online,” said Paul Sage, ZeniMax Online Studios’ creative director. “They’ll hopefully be able to jump in and feel right at home. There are definitely going to be differences, but there are differences in every Elder Scrolls game. We think the experience is awesome, and we can’t wait for people to try it out.”

It is safe to say that for gamers, much has been written and lived out in those scrolls over the years. Given that this series is now nearly 20 years old, it is fitting that the name evokes the concept of “elder,” as many game franchises have fizzled out after just a few years.

That said, is taking the long-standing single player adventure series to the masses going to work? It’s true that past titles have had good runs — for example, the Ultima franchise. However, Ultima Online was soon overtaken by EverQuest, and then World of Warcraft rose to the top. Will Elder Scrolls deliver the same type of adventure in an online setting?

It is worth repeating that this isn’t a sequel to Skyrim, but rather something that takes advantage of the series’ deep mythos and backstory. Fans could get interested in learning how things came to be in the game they’ve already played.

“That it is a prequel to Skyrim will pique interest in the fan base, which will help acquire players,” Pidgeon told TechNewsWorld.

The Elder Scrolls could also benefit from the fact that the gameplay still centers on role-playing adventures; thus, it shouldn’t be too big a leap for developers to continue in that style in a more open and populated world.

“The ESO MMO probably will be pretty close to previous releases,” said Mark Baldwin of Baldwin Consulting. “The system is awfully close to being an MMO anyway, so it was not a big jump to go to an MMO. Bringing in the social aspects allows for interestingly intelligent companions and even enemies in PVP-type environments. This just adds another layer to the top of the game.”

However, gamers should expect some subtle differences in the online version compared with the offline single player version that they may have come to know and live.

“Having so many people play at once changes a lot of the dynamics,” said ZeniMax’s Sage. “You have to be very careful with the economy, as an example. Monsters don’t complain if you get too rich, but other players do.”

“The same is true of ability or combat design,” Sage told TechNewsWorld. “It is OK to stun a monster for 10 seconds so it can’t do anything, but stunning another player for a long time is something you can’t do. Really, everything about it being a persistent multiplayer world has an impact.”

So the gameplay may retain a lot of similarities to the familiar Elder Scrolls experience, but some things will likely differ based on the reality of having such a huge community playing at once.

After World of Warcraft knocked out Dark Age of Camelot, which knocked out EverQuest, which unseated Ultima Online, the question has been which gaming world might be next? Could The Elder Scrolls do what Age of Conan, Middle Earth Online and even Dungeons and Dragons Online have failed to do — namely seize the throne of fantasy online games?

“These things are definitely hard to guess because small things can create or destroy the success of a game,” said Baldwin.

“However, to be a Warcraft killer, it is not going to have to be successful, but also going to have to have a very wide draw. ESO is a fairly hardcore game system, and [there are] no signs that they are going to simplify the system and story,” he pointed out.

“That doesn’t mean it won’t succeed financially, but it does mean WoW will probably not be bumped here,” Baldwin added.

Perhaps being the king of the mountain isn’t necessary. Isn’t it enough to be a good game, satisfy players, and make money for the publisher and developer? The question is whether The Elder Scrolls Online can live up to the hype.

“ESO needn’t displace World of Warcraft, but the MMO features, options and gameplay will have to satisfy hardcore MMORPG players as well as Elder Scrolls fans,” noted Insider Network’s Pidgeon.

“Zenimax says the game provides a superior single player experience as well as huge multiplayer scale, with 500 player battles between groups of up to 100 players,” he observed.

“Subscription-based MMOs are a risky venture, so the game will have to provide a significantly better experience than free-to-play MMORPGs, and the breakeven point will have to be low,” added Pidgeon. “Zenimax and Bethesda certainly have the chops to pull it off.”