Drupal Takes Up Residency in the White House 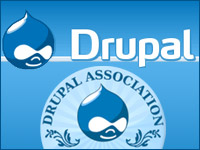 Free and open source software just got a major boost: The Obama administration announced that it has adopted open source content management system Drupal for the Whitehouse.gov Web site.

Though it may look much the same to visitors, the newly revamped Web site went live on Saturday with the goal of improving the tools visitors use to engage with White House officials and each other, White House new media director Macon Phillips told The Associated Press, which broke the news.

“This is a big day for Drupal, and for Open Source in government, and something all of us in the community should be very proud of,” wrote Drupal creator Dries Buytaert in a blog post celebrating the announcement.

White House officials did not respond by press time to LinuxInsider’s requests for comment.

Before the new technology was implemented, the White House team had been using a system inherited from the George W. Bush administration. However, that older, proprietary technology wasn’t up to the plans Obama’s staff had for the site, the AP reported.

“We’re excited to see what new and innovative tools they use, and how they take advantage of [Drupal’s] large community of developers,” Heather West, policy analyst for the Center for Democracy and Technology, told LinuxInsider.

In particular, blogs, suggestion systems and other tools that allow interaction could all be a boon for public engagement, she added, and the new technology could allow such features to be developed faster.

‘Nobody Is as Smart as Everybody’

In addition to providing better tools for public interaction, the new technology is expected to be more secure and faster to upgrade.

Indeed, it’s a fundamental belief in the open source world that “nobody is as smart as everybody,” said Tom Rabon, executive vice president of corporate affairs at Red Hat and a member of the Open Source for America steering committee.

“The fact that so many people are looking at the underlying code — and can take the necessary steps as quickly as possible to fix any bug issues — means that the final product is going to work better,” Rabon told LinuxInsider.

“I think Drupal is a perfect match for President Barack Obama’s push for an open and transparent government — Drupal provides a great mix of traditional Web content management features and social features that enable open communication and participation, explained Buytaert, who is cofounder and CTO of commercial open source software company Acquia, which supports the technology and helped develop the new government site.

‘I Applaud the Administration’

FOSS advocates view the news as a first step toward more such efforts by the federal government.

“I applaud the administration for picking the most suitable, most secure, and most transparent software available for such an important purpose,” Andy Updegrove, a partner at Boston law firm Gesmer Updegrove, told LinuxInsider. “And I also applaud them for announcing it, as it shows that the administration is not only willing to make the best purchasing decisions in the public interest, but to let people know what those decisions are.”

Coincidentally, the announcement followed hard on the heels of a post Updegrove recently wrote on The Standards Blog, calling for the Obama administration to support FOSS.

“Hopefully, this is more than a trial balloon announcement meant to test the waters to see what the public — and lobbying — response may be,” Updegrove added.

“If so, people should let their elected representatives know that President Obama is doing exactly what they want him to,” he suggested.

‘Way More Than a First Step’

“We are delighted with what the White House has done,” Open Source for America’s Rabon said.

Every great journey begins with a first step, but “this is way more than a first step,” Rabon asserted — “it’s a very, very significant first step, because this is the White House.”

This decision “will make it much easier and more palatable for other federal government agencies to use open source software,” he explained. After all, “if my boss does it, it’s a lot easier for me to do it,” he noted.

‘It Will Grow Even Faster’

Not only that, but such increasing acceptance in the government could eventually trickle down to mainstream consumers.

“There’s no question in my mind that when the public understands the value of using open source software,” Rabon concluded, “it will grow even faster.”