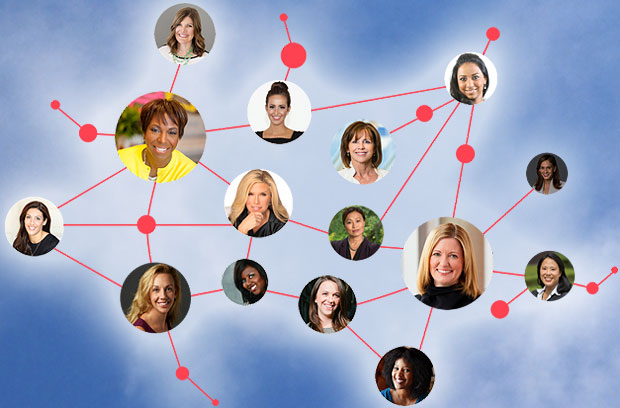 One of the interesting things atDell EMC World last week came from Karen Quintos, the most powerful woman at Dell.

Karen is responsible for its Entrepreneur in Residence program, which, among other things, focuses on equipping and helping woman entrepreneurs. Dell Technologies apparently has created “Alice,” a female-focused artificial intelligence focused on helping support and drive innovative firms backed by women.

This is important, because it appears that only 3 percent of venture capitalist-funded new firms are founded by women — even though, on average, firms founded by women outperform those founded by men by 2x, suggesting that in addition to being sexist, a gender-discrimination strategy is financially stupid.

If investors were to support women as entrepreneurs more than they currently do, their returns on investment funds would be higher. Well, Dell Technologies’ AI named “Alice,” as in Alice in Wonderland, I guess, is designed to fix this problem.

I’ll explain and then close with my product of the week: Amazon’s new Echo Show.

Getting Alice Into Wonderland

The VC funding process is bit ugly for anyone who goes through it. In many cases, I think, it is more of a beauty contest then a full review of the potential for the idea. I’ve been through this process a few times, and the folks who get funding often seem to fall into three areas: people the VCs know directly or indirectly and think can execute; people who are bringing forward a solution that is trending (like social media was at one time); and people who could sell refrigerators to Eskimos.

Much of what I see getting funded is crap that either fails or is overhyped to the public market, where it eventually fails. Virtually the entire dot-com wave, and properties like Snapchat and Twitter, are examples of overhyping — though in those cases, the VCs did make a lot of money. It was the poor suckers who bailed them out who mostly got screwed.

There are actually a lot of women in the VC ranks, but they tend to be junior. While I don’t have empirical evidence, based on my experience it seems that women often are more competitive with other women than with men. That makes them more likely to torpedo each other and not favor a company run by another powerful woman.

On the other hand, men tend to favor male-run firms in order to maintain the male-dominated status quo. Those factors pretty much screw women looking for VC investment in companies they’ve founded.

Add to this the fact that if not many female-run firms make it through the VC process, that means not many women get experience with it. That showcases a problematic cart-and-horse issue. Female CEOs don’t get the experience they need, because they usually aren’t at the table before they become CEOs.

If you know the stats as an Angel investor, you’ll likely push to have a male CEO in a firm you invest in even before VCs take a look at the offering.

There clearly is a path through this mess for firms headed by women, but that path is as dangerous as following the White Rabbit down the rabbit hole to Wonderland. The women leading those firms won’t get by with advice from the White Rabbit or even the Cheshire Cat. They need to have a conversation with Alice — who knows not only a way through Wonderland, but also the path to goal achievement.

While there have been prior efforts to create services and solutions to help women through the nasty VC process, they were based largely on male-oriented offerings that were patched by men in order to address the problem.

Women and men approach problems very differently, and women have a much different path and more difficult problem than their male counterparts confront. Repurposed tools — particularly if they’re repurposed by men — are largely unsuccessful.

To get down the rabbit hole, women need someone who really understands the problem from a woman’s perspective: They need Alice, not the Mad Hatter in drag. (OK, now you too can’t get Johnny Depp in a dress out of your head.)

The really important thing to know about the current generation of AIs is that they not only can provide a tremendous amount of depth and understanding in terms of help, but also can scale a wall beyond human capabilities. That means this effort could help a lot of potential Alices find better rabbit holes (VCs) and get through them.

I think it will occur to a number of schools that creating female-oriented development programs that include training on and with Alice as part of their core curriculum will result in a lot more women graduating and becoming successful entrepreneurs.

Wrapping Up: Maybe a Family of AIs

It strikes me that this Alice in Wonderland metaphor for the VC funding process could use two additional resources.

First, even though they already have access to better tools than firms run by women, male-run startups also could use an AI. It would both help them get through the process and ensure that their firm was fully fleshed out, so the chance if failure would be lower.

VCs also could use an AI that could teach them how to behave less like the crazy Queen of Hearts. It would make them far better at picking firms that eventually will be successful instead of firms they can use to trick future public investors into betting on their false promises of long-term success. Just saying, this entire process should look a lot less like a Wonderland run by a pot-smoking caterpillar, and far more like something that is focused on long-term solid returns on investment and real sustainable business success.

Alice certainly will help — particularly with women — but she may need to get married and have a diverse set of kids if this entire process is to be better optimized.

What if you added video capability to the Amazon Echo? If you’ve ever wondered about that, then you’ll see the answer when the Amazon Echo Show ships next month. You’d be surprised how much having a screen enhances this product.

For instance, if you just use it for music, you can have it show the lyrics of songs so you can sing along better. If you use the Echo to shop, it can display the shopping cart before you say “buy.” If you want to use the Echo Show as an alarm clock, this version actually can show the time. It also contains the latest attempt at a video phone — likely as a hedge against the recently launched Microsoft Cortana based Invoke personal assistant, which can be used for Skype calls, but not with video.

Among the Echo Show’s other advantages are bigger, more directional Dolby speakers than the round products have; an ability to sense user proximity with the camera; allowing the screen to power down and up automatically, likely saving a lot of power — and guarding against keeping you awake at night.

In addition, it can show breaking news, weather, or interesting questions to ask Alexa when you walk by. It also can promote products you might not have thought about buying (not sure if that is a feature or a problem).

Oh, and it plays movies and videos, including security camera feeds, all through voice control. One of the really time-killing features I’ve discovered is playing YouTube videos on this thing.

I will mention one problem: Like Echos in general, the Show will respond to “Alexa” or whatever trigger name is in use when it hears it on a PC or TV. That can result in some rather strange video responses.

I actually like the Echo Show better than the original Echo, for a number of reasons. It costs US$229, but Amazon currently has a special promotion, offering $100 off if you buy two, which will be useful for video calls, although you also can place them using the Alexa app.

In the end, the Echo Show is an impressive upgrade to the original Echo, and it’s my product of the week.