Dell + EMC: History Is Made 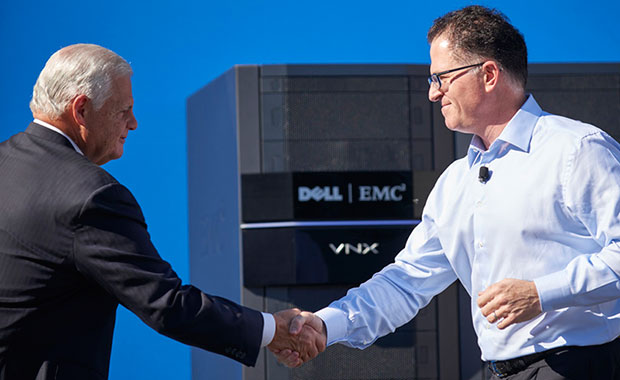 I’ve been involved in mergers and acquisitions for decades, and I used to run an acquisition cleanup team while at IBM. I’ve seen so many bad acquisitions that it is generally far easier to point out the good ones. What is somewhat ironic, given my background, is that the best largely have been executed by Dell, using a process initially developed by IBM.

One of the most painful mergers I was involved with was the one between HP and Compaq — which I aggressively tried to kill, fearing neither firm would survive it intact. It was completed, but the cost in jobs at all levels was extreme for both companies, and both CEOs eventually were forced out. Meg Whitman, currently CEO of HPE, reversed it for the most part.

In contrast, the Dell + EMC merger, which will complete this week, has been a lesson in excellence, with goals, planning and execution that stand as an example of how to do these things, as well as two surrounding thought-to-be-impossible accomplishments. I think we are seeing history being made.

I’ll share some thoughts on doing the impossible this week and close with my product of the week: the NVIDIA Titan X, an amazingly powerful graphics card to lust after.

HP and Compaq were two of my firm’s largest customers back when their merger plans came to light, and to say that my management was unhappy that I was against the merger rather than in support of it would be a massive understatement. However, I’d been involved with mergers for decades, and this one looked like it would be a train wreck.

By that time, it was clear that Carly Fiorina was out of her depth and struggling with just turning around HP. She had no real operational skills critical to executing any merger, let alone one of this massive scale. She lacked deep support initially, which led to a rebellion in her own board and an open war with the media. The companies couldn’t even maintain the image that the merger was a good idea.

The only thing that saved them was Michael Capellas, the CEO of Compaq, who was competent operationally and who was trusted by the financial firms needed to win the proxy fight that preceded the merger’s approval. I had no doubt Capellas would be forced out, because Fiorina would see him as a threat — and rightly. Still, without him, this disaster of a merger would result in excessive layoffs, as well as pain for the remaining employees and HP’s stockholders and customers.

Fiorina was fired — not typically a success proof point. Meg Whitman gave up trying to fix the mess and instead broke up the company. What still amazes me is that before Whitman, HP had three CEOs — Fiorina, who lacked relevant technology experience and failed; Hurd, who achieved a measure of success because he actually knew the industry (but got fired for unrelated reasons); and Apotheker, who once again lacked understanding of HP’s core business. Instead of getting someone like Hurd, which had worked, the board got someone more like Fiorina in Whitman. The HP she leads, now HPE, is a fraction of what it once was. Boy, talk about missing a meeting.

There isn’t a sharper contrast to HP + Compaq than Dell + EMC. First, the reasons behind the mergers were very different. Dell + EMC wasn’t an attempt to address a failing turnaround by buying another firm with a similar problem. Its purpose was twofold: to avoid the plague of hedge funds and institutional investors intent on breaking up companies to get faster profits; and to find a suitable replacement for Joe Tucci, who had been unable to get EMC’s board to let him go.

Rather than risk hiring a CEO who was inexperienced at being a CEO or inexperienced in the industry, EMC agreed to merge and got Michael Dell, one of the most capable CEOs in the segment — and one of the few who took a company from startup to multinational.

By the way, when I was doing my graduate work in business school, one of the professors argued that it was impossible for a CEO to take a firm through all three phases. Making the transitions from startup to public company to large public sustaining company are thought to beyond any single CEO’s capabilities, because the skill sets required for each phase are just too different.

Even Steve Jobs didn’t really do it at Apple, because he got fired in the transition phase and wasn’t really CEO of Apple until he was hired back (which is not to downplay Jobs, because Jobs did have hits with both Pixar and Apple, suggesting he might have been able to do it after all). Before Jobs and Dell there was Thomas Watson Sr., who ran IBM in a very different age.

Michael Dell seems to have doing the impossible as a hobby, because taking Dell private in the first place was thought to have been impossible. One of the things I’ve been told time and again, however — particularly concerning large mergers of public firms — is that you aren’t allowed to do much pre-planning. Well, the folks who said that were full of crap, because virtually all of the planning for this merger was complete long ago.

I had a chat a couple of weeks back with Rory Reed, the ex-CEO of AMD, who handled the planning from Dell’s side. Both he and his EMC counterpart largely had completed it by that time. The only holdup was final approval, which has just been given.

So, we’re seeing yet one more impossible event take place. Taking EMC private would have been even harder than taking Dell private, so the fact that it will have happened when all this is over means Michael Dell will have three impossible accomplishments under his belt.

The execution of this merger has been nearly flawless, which shouldn’t be a surprise, given that both EMC and Dell historically have had unusual success with mergers and atypical company structures.

Of the two, Dell’s performance has been better — but it is the acquiring company, so the leadership role went with the skill set. There’s no conflict between CEOs either, as Tucci was due to retire and wasn’t ever in the hunt for the top job. There are no board issues, because both boards were able to see the benefits to both companies. They didn’t even have the issues that Dell had with Carl Icahn, otherwise known as “he who must not be named.”

Wrapping Up: Big Mergers Can Work

Like a lot of very difficult things, the difference between merger success and failure comes down to experience, planning and execution. The reason that the HP + Compaq merger failed was that it was ill-conceived, horribly planned and poorly executed. There was a chance of pulling it off with Mark Hurd, but he was fired and replaced with outrageously inexperienced top executives.

Dell and EMC were in better shape. The CEOs cooperated and didn’t compete, the planning teams were experienced and weren’t held back by the legal departments, and Dell employed a decades-old merger process that remains the best in the industry. I guess this proves that if you have the right tools and people, even the impossible is possible. If you don’t — well, the outcome royally sucks. Just ask any ex-HP employee.

This is the graphics card you get if you want the best of the best and money is no object. The price is more than most folks pay for their entire PC. Still, if you have the money, like the Veyron, the power of this card blows the doors off anything else that is out there. 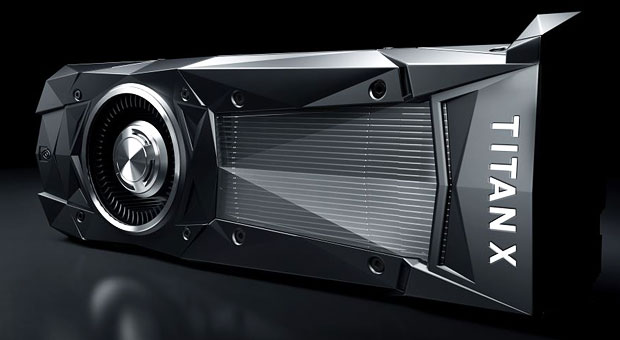 I play games, and I play them on big monitors. My current favorite is the massive 42-inch monster from Dell, but even though it isn’t a true gaming monitor, to drive it at full resolution really strains most any high-end graphics card. That’s not so with the Titan X, though. Like the Hulk, it just digitally spits on both hands and causes this monitor to scream, making me wish Dell or someone would bring out a 42-inch monitor with gaming specs to really challenge this card.

Do I need the Titan X? No. Frankly, like the Bugatti, it performs far beyond my meager skill set. I do lust after it, though — oh god, yes — and unlike that Bugatti, I actually can afford it. The only thing I wish is that both AMD and Nvidia would come together on a water block specification so it wouldn’t be such a huge pain in the butt to water cool top cards from either vendor.

Nevertheless, because this card is amazing, because it is attainable (barely), and because sometimes you just want the best, the Nvidia Titan X is my product of the week.