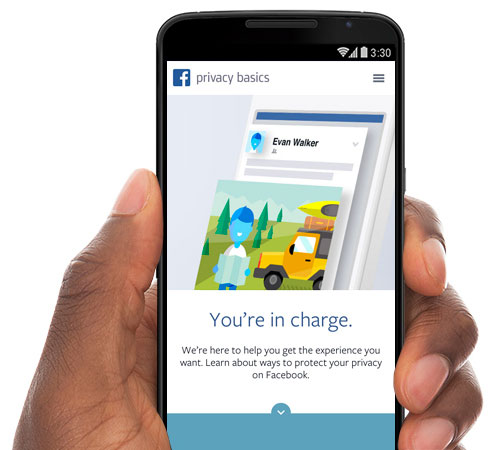 Many Facebook members reportedly have shuttered their accounts in the wake of reports that Cambridge Analytica, a voter profiling company working for Donald Trump’s presidential campaign, harvested data from 50 million users, unbeknownst to them.

The data firm used the information to develop techniques that formed the basis of its work for Trump’s campaign, according to a report published in The New York Times last weekend.

Cambridge Analytica bought the data from a researcher who told Facebook he was collecting it for academic purposes, according to the Times.

Facebook has suspended Cambridge Analytica, as well as one of its founders, Christopher Wylie, and the researcher, Aleksandr Kogan. However, the firm still has the profile data, according to the NYT story.

Indignation over Facebook’s role in the data leak has mushroomed since the appearance of the Times story, and some users have taken to Twitter to announce their liberation from the social network.

i locked down all app access a long time ago..now i'm clearing my posts, unliking and leaving groups. Facebook will be a shell holding just my email address for friends to contact me..and this picture has been around for a while, you were warned!! #DeleteFacebook pic.twitter.com/xI2yWxDohl

It’s not me, it’s you. Goodbye. #DeleteFacebook pic.twitter.com/OIt6RwpUt0

I deleted Facebook New Year’s Eve 2014. It was the best decision I’ve made and I can safely say I do not miss it. Life is so much better without it. #DeleteFacebook

Tempted to #DeleteFacebook but because I haven't read a scintilla of small print or terms and conditions since I joined, I'm afraid they'll unplug the fridge or have changed the locks on the house or that it turns out they legally own our children.

Meanwhile, Jarrod Alonge pointed out the irony of users of one social network announcing their divorce from another for selling their data.

Lol @ all these #DeleteFacebook people, as if Twitter didn't also collect and sell your personal data on a massive scale.

Facebook has been in hot water before over allegations of privacy intrusion and misuse of members’ data. It weathered those storms, so it remains to be seen if this latest misstep will cause an exodus of users.

However, Facebook appears to be caught up in some disturbing trends. For example, it lost 2.8 million U.S. users under 25 years old last year, eMarketer reported.

“A lot of the younger generation are no longer using Facebook,” said Vincent Raynauld, an assistant professor in the department of communication studies at Emerson College.

“They’re turning to platforms like Instagram and Snapchat. So this is not only about their current user pool — It’s about their future user pool,” he told TechNewsWorld.

“Scandals like this are not going to help Facebook seduce this new generation of users,” Raynauld added.

Since users under the age of 25 have grown up in an age when sharing data has been a fact of life, the Cambridge Analytica affair isn’t likely to accelerate their departure from Facebook, suggested Jason Sarfati, an attorney with Joseph Greenwald & Laake, and a member of the International Association of Privacy Professionals.

However, that may not be the case for older users.

“Older users, particularly those that grew up before the advent of social media, are likely to begin abandoning Facebook at higher numbers,” Sarfati told TechNewsWorld. “Facebook users hailing from Generation X and earlier have always maintained a stronger sense of personal privacy,” he added. “Stories like these only confirm their wariness of social media.”

Many Facebook users will choose not to cut the cord.

“Facebook is now a part of the everyday culture of millions. There is a lack of another great platform or superior competition,” she told TechNewsWorld.

“Facebook has connected people in such ways,” Lampert said, that “it would be hard to replicate the relationships that users have established and keep people connected in the way that it has.”

Picking your way through Facebook’s privacy settings and tightening down what you want to share and protect is a first step, recommended Charles King, principal analyst at Pund-IT.

Deleting the Facebook app from phones and tablets, and instead signing in through a browser, offers some protection, he told TechNewsWorld.

“It’s a hassle, and FB will try to lure you back to the app, but many will find the process worthwhile,” King said.

“Many of the users whose information ended up in the hands of Cambridge Analytica had zero restrictions placed on their information, despite having the ability to do so using Facebook’s pre-existing security settings,” Sarfati pointed out. “These users simply did not take the time to review their settings.”