I am still thinking about the George Soros quote from a recent posting. The billionaire financier and philanthropist was quoted in Niall Ferguson’s The Ascent of Money saying that “Every bubble consists of a trend and a misconception that interact in a reflexive manner.”

What he meant was that trends become what we think the underlying idea is — and that can be very different from the original. That’s important because it neatly explains the drift from idea to misconception as well as the way the two feed off one another in a random walk to an outcome.

Think about that for a moment: Every bubble — and here let me take some license and say that bubble and paradigm can be used interchangeably — contains the seeds for its own obsolescence. So for example, the sub-prime mortgage mess started as a trend to make mortgages affordable to more people. It gained steam as unethical mortgage brokers, looking for a quick buck, began selling so-called NINJA loans (no income, no job or assets) to people who could not afford them. The misconception was the belief that the teaser interest rates were permanent. When these adjustable rate loans reset, the trend’s misconception was revealed and the bubble burst as tens of thousands of people defaulted.

Trend and misconception going hand in hand got me thinking about things closer to home. Haven’t we seen trends and misconceptions in CRM? I can think of a few. It seems that whenever we invent a new paradigm in computing, we pursue it well beyond its utility and over a cliff.

The client-server as an enterprise computing model is an early example. The architecture (trend) was great for building small applications but fizzled badly when vendors like SAP and Siebel tried to scale it to enterprise systems — the misconception was scalability.

Then there’s the idea of the experience economy and customer experience. In the late 1990s, Joe Pine and Jim Gilmore wrote The Experience Economy and in it said that what customers hungered for was experiences more than products and services. A transcendent experience based on a company’s product or service would ensure greater success in the market — that was the trend. But somehow every CRM vendor started adding the idea of customer experience to nearly every aspect of business — the misconception. To paraphrase Joe Biden’s critique of Rudy Giuliani, every marketing statement had a noun, a verb and the customer experience.

It didn’t help much. Today we’re a long distance from Pine and Gilmore’s original concept, and customer experience is not much more than a band-aid covering poor service policies.

These ideas go together as well as chocolate and peanut butter, but something gets lost. The trend of knowing your customers and communicating with them via effective and inexpensive social media makes a great deal of sense. But what makes no sense, hence the misconception, is using social media as if it were nothing more than glorified e-mail with which to broadcast your message.

When I go to conferences and hear vendors talk about their social media or social CRM’s ability to reach large numbers of people and accelerate sales processes, I shake my head. The misconception here is that it’s automatically good to reach all those people, to spray your message around. But the real point is that social media enables us to reach the right people with a message of relevance. Social media-mediated lead generation might actually leave you working with fewer leads, but they will be of higher quality. Less is more is proving to be a tough sell.

I was at a conference at Harvard Business School last Saturday, and I sat in on a track that included a panel on cloud computing. Five vendor representatives were extolling the virtues of the cloud, which they limited to the benefits of low-cost infrastructure on-demand (i.e. the trend) a.k.a. Infrastructure as a Service (IaaS).

However, cloud computing is far more than scalable infrastructure, and that is the misconception. Inherent in any definition of cloud computing, there must be provision for rapid, real-time deployment of SaaS made possible by a multi-tenant platform. Otherwise you simply transfer the problems of your IT department to another computer room.

I fear this bubble will blow as soon as a critical mass of companies tries to do something as mundane as update en mass to a new version of a popular product hosted by these clouds.

So, somewhat unsurprisingly, it seems that we are good at developing new ideas but not always good at harnessing them to the right jobs. We tend to overshoot the mark. The corollary to “if it ain’t broke, don’t fix it” is “run it as long and as far as you can.” While this approach might maximize penetration, it predictably overshoots utility. It reminds me of the SNL skit about a product that is “A floor wax and a dessert topping!”

I have spent the last 10 years watching and analyzing CRM trends and their misconceptions, but I have never heard anyone put it as succinctly as Soros.

Denis Pombriant is the managing principal of the Beagle Research Group, a CRM market research firm and consultancy. Pombriant’s research concentrates on evolving product ideas and emerging companies in the sales, marketing and call center disciplines. His research is freely distributed through a blog and Web site. He is working on a book and can be reached at [email protected].
Get Permission to License or Reproduce this Article 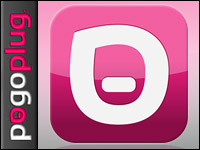