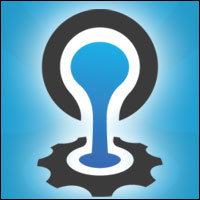 The Cloud Foundry Foundation on Wednesday launched Cloud Foundry Container Runtime, or CFCR, as the default deployment and management platform for containers using Kubernetes and BOSH.

The foundation announced Container Runtime, a project supported by The Linux Foundation, at its annual European user conference.

Cloud Foundry is an open source Platform as a Service offering used for building and managing applications in the cloud or in data centers.

CFCR is an updated release of the Kubo Project with a new name. The new default approach makes deploying and managing containers easier and more flexible, according to Cloud Foundry.

Donated to the foundation in June by Pivotal Software and Google, the project expands options for Cloud Foundry’s enterprise user base, according to Devin Davis, vice president of marketing at Cloud Foundry.

In either case, BOSH underpins infrastructure provisioning for both Cloud Foundry runtimes.

Container Runtime simply enhances Cloud Foundry’s capabilities, said Davis, by using some of its best and most unique components — such as BOSH, which provides a uniform way to instantiate, deploy and manage highly available Kubernetes clusters on any cloud.

Both Cloud Foundry Application Runtime and Container Runtime are built with the developer in mind, he said. They provide the flexibility to run apps in any language or framework on any cloud.

This flexibility extends to services as well, Davis added.

The Cloud Foundry project bolsters the relevance of container and Kubernetes overall, suggested Chris Ciborowski, CEO of Nebulaworks. Quite a few organizations would like to deploy a container platform like Kubernetes but are looking for best practices to do so.

“To this end, the CFCR (Kubo) is one option for organizations looking for this functionality,” Ciborowski told LinuxInsider. “For existing users of container platforms — like Google Container Engine, Amazon Elastic Container Service or Mesosphere DC/OS — the announcement is likely of little interest.”

Other options exist, he said. There are a number of ways to achieve a production-ready Kubernetes environment that can be deployed across any infrastructure in an idempotent fashion.

For example, to help with this agnostic approach, Nebulaworks leverages a set of tools: Terraform and Packer, along with Kubeadm, which is a tool that is part of the Kubernetes project.

“This approach achieves the same level of automated, agnostic deployments while allowing the use of a common set of tools that can do far more than just deploy Kubernetes,” said Ciborowski.

Despite continued interest in containers, only 25 percent of enterprise companies actually use them in production, based on a recent Cloud Foundry Foundation study. This represents a negligible rise of only 3 percent from 2016.

“Enterprises are the colossal cargo ships of the industry. They move slowly, steadily, and with a rigorous navigation system,” the Foundry’s Devin said.

Enterprises cannot always afford to be as flexible or lithe as a smaller company — it takes time to evaluate new technologies before implementation.

“Up until now, there has not been a solution in the market that could scale within the enterprise,” Devin pointed out. “Kubernetes is the first container option with enterprise-grade scale and functionality, and Cloud Foundry Container Runtime facilitates this enterprise-ready technology, thanks to the power of BOSH.”

As customers move more of their workloads to container-based systems, management and orchestration of those containers becomes increasingly important, observed Lee Atchison, senior director of strategic architecture at New Relic.

“The industry as a whole has recognized the need for better container management and container orchestration tools, and Kubernetes is playing an increasingly important role in this area,” he told LinuxInsider.

The Cloud Foundry announcement shows Pivotal’s leadership by adopting and standardizing on Kubernetes and related technologies. That has helped solve the important container management problems that customers have been experiencing, Atchison said.

Container runtime is not a mandatory upgrade or ideal replacement tool for all users, but it is significant for enterprises using containers now, and for those considering using them in the future, noted Davis.

Many enterprises are hesitant to invest in and adopt cutting-edge technologies, including containers. Container Runtime gives huge enterprises the opportunity to run containers at scale and in production. Cloud Foundry’s enterprise user base relies on BOSH to run applications at scale — and CFCR enables Kubernetes to take advantage of BOSH, Davis explained.

Still, alternatives do exist. Cloud Foundry adopters can continue to use Cloud Foundry Application Runtime exactly as they have been without moving to CFCR.

“Think of Container Runtime as a Lego piece you can snap into Application Runtime when you need it,” said Davis. “Our end users have wanted to utilize containers to achieve efficiency in their business processes, but until Container Runtime, there was not an enterprise-ready solution in the market that could meet their needs.”

For cloud-native 12-factor applications, a cloud application platform likely will be the best deployment method, he said. If users need more flexibility and developer-built containers for apps, or it they are using prepackaged apps delivered in a container, then Container Runtime will add control over application delivery.