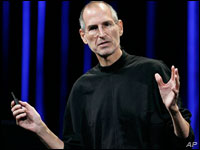 I can understand Linux in the 1990s. It was backed largely by folks who didn’t do well with others. The fights between the Linux and BSD folks were as legendary as they were juvenile, and Linux’s existence seemed defined entirely by the revolt against Microsoft.

Now, though, the platform is backed by huge brands. It is mainstream — it is the basis for Android — and there’s a huge effort by some of its corporate supporters to bring more women into technology. So why did one of the leading women kernel developers, Sarah Sharp, feel she had to leave because it represented a hostile work environment? Sharp is not just any developer, but one who works at Intel, which has one of the harshest work environments of any firm I follow, and creates folks with incredibly thick skins. Still, they’re perhaps not thick enough for Linux.

The Sharp news surfaced right when Steve Jobs’ widow protested that the latest movie about him makes him look like an abusive tool.

I’ll share some thoughts about why this is, along with why it needs to be corrected. I spent a lot of time studying behavior in the workplace, and knowing why people behave this way has helped me deal with it over the years. (Often, just complaining about it makes things worse.)

I’ll close with my product of the week: an amazing new camera for 4K videos from DJI (the drone people) called “Osmo” (which came to market right after I bought a new camera to do the same thing).

Abuse can happen at all levels, but it is particularly nasty when the head of the company engages in it. If you see the new Steve Jobs movie, you’ll see that a good portion of it focuses on Steve’s tendency to abuse other employees.

He’s gone, and his wife is upset that the film’s representations of his behavior color what otherwise has been an incredible number of accomplishments. Rather than focusing on the fact that Jobs likely was the most successful turnaround/consumer product CEO ever, the movie instead suggests that he was the biggest jerk that anyone ever had to work for.

When groups of us used to get together, we didn’t talk about the great things Jobs did, but how he screwed over the people we knew — and stories like that are now defining him after his death.

How do you think Linus Torvalds is going to be remembered? As the brilliant guy who created Linux, or as the ass who drove one of the leading Intel developers out of the Linux kernel community in the middle of Intel’s massive campaign to attract women to technology? I don’t know about you — but that’s now how I see him.

Why do people in power seem to have to behave this way? I can put forth a theory that is backed both by years of studying behavior in companies and working for people who behaved badly. Generally, it is because of insecurities.

Steve Jobs was almost tragically insecure — and clearly he didn’t need to be. There’s speculation it was a combination of his being adopted and not finishing his degree, while having tons of subordinates who were far better educated. The more insecure people are, the more likely they are to act out and treat others badly. I’ve also noticed that the lower the perceived status, the more likely a person is to abuse others.

They’ll often specifically target those who represent their greatest threats. Intelligent minorities, smarter subordinates, people who appear weaker than they are all are likely targets. Many abusers seem driven by status. They don’t have much, and they use their position and their power to berate in order to create the impression they are superior. Some of the most abusive people I’ve ever worked for, in thinking back, were idiots who simply were trying to cover that up.

By the way, once you realize that is what is going on, it is hard to get mad about the abuse — unless it gets physical, which can happen. Just picture the bully as a pathetic crying baby who is suffering from a mental or emotional disability, and accept that the abuser likely knows you are more capable in some way, which is what’s triggering the acting out. By the way, that works pretty well with folks who are hostile on social media as well, and it can keep you from foolishly responding in kind.

There are other definitions, but these have worked best for me over the years.

Generally, there are company rules against abuse, and I’ve seen folks work raises and promotions by effectively blackmailing their abusive manager. I don’t advise that strategy, however. Simply research what happens to those who report abuse, and then act in your own best interest.

I watched one employee get a half-million-dollar settlement by understanding the rules and getting a particularly good attorney (her brother, if fact). After I reported an abusive manager I’d just interviewed with, he was forced out of management — and then out of the company. (The company was Intel.)

Whatever the reason, if you are spending your own time on something, then unless you enjoy being abused — some actually do — do what Sarah did and get out. Life is just too short.

Wrapping Up: Abusive Behavior Is Unacceptable

Abusive behavior serves no purpose other than to belittle someone who likely is more qualified for the job the abuser holds. Done in writing, abuse forms records that can show up in background checks and as big red flags for hiring managers (litigation magnets). If an employee reports it, it can halt or eliminate an otherwise successful career, and you may not even know it is in your file. In an extreme case, it can get you hurt or killed.

I’ll leave you with a couple stories on this last point. When I moved to Silicon Valley, it was possibly to take a job as an HR manger for a manufacturing firm. What ended that path was finding out my predecessor had quit after being confronted by a shotgun-wielding husband of a woman who had been abusively treated by her manager. I didn’t even want that possibility in my future.

People forget that abused individuals can become violent — or their close friends or family members can take things into their own hands. Years ago, I had a black friend who witnessed a couple of southern boys mouth off to his mother, and he beat the living crud out of them. He was one of the best techs I ever knew, and his idea of fun was going to karate tournaments and literally beating up black belts.

So, if you are being abused, work to end it — and if you are abusive, do the same. In both cases, quality of life will improve. In the latter case, it could save your career or job, or color how people remember you.

In short, abusive behavior is stupid, and life it too short either to be stupid or to deal with stupid, abusive people. One final thing: Abusive people often are abusive broadly — toward aging parents, spouses, children, animals, etc. Making folks aware of the problem may do more good than you now can imagine. Sarah Sharp, for standing up to abuse, you are my hero of the year.

You have to see the video to see how truly amazing DJI Osmo camera is. It is an affordable (well, US$650) 4K video camera that rivals professional rigs. One of the ways it does this, is it uses your smartphone as a viewfinder. Another is that the camera is fully gimballed, and it has incredible image stabilization. That means you can move, pan, and even take selfies with the kind of stability you only see with professional steadicam rigs costing thousands. 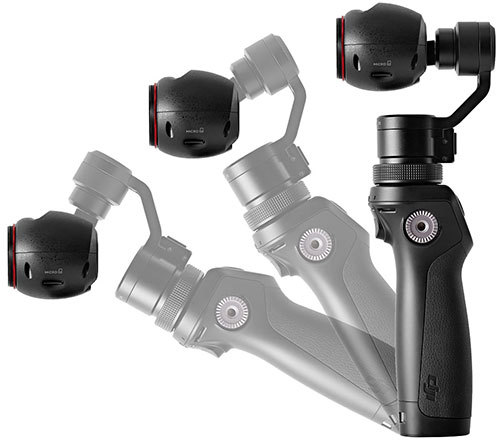 DJI borrowed the Osmo technology from its drones, allowing it to approach a market dominated by the GoPro with what clearly is for those who can use a handheld rig (I expect mounting this to a helmet might be a bit problematic). However, using it from a car or filming someone else would be incredible with this rig.

It remains focused and targeted at the subject, regardless of what is happening with you — and that means you can run, ski, skate, bike or do anything else while you are taping the action, and the result will be as stable as if you had a professional rig (well, almost, as the steadicams do have more travel and should be able to eliminate even more movement).

Still, for a consumer-affordable product, this thing is amazing — and being amazing is one of the key reasons the DJI Osmo is my product of the week.