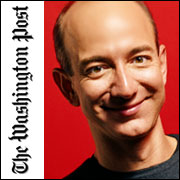 Comedian and writer Andy Borowitz has risen to pretty heady comedic heights. His Borowitz Report, a satirical chronicle of daily news — one election season headline read, “Weather Forces Romney to Shift Lying to Other States” — was picked up by The New Yorker and is frequently the Most Popular item on the high-brow site.

Not everyone, however, gets the humor.

Xinhua published a translation of the article and passed it off as real news.

The joke’s on them.

Sure, missile defense was listed as a factor. Arms control and commercial relations, too.

However, Edward Snowden is the nugget from a White House statement that is getting the most attention.

“Russia’s disappointing decision to grant Edward Snowden temporary asylum was also a factor we considered in assessing the current state of our bilateral relationship,” White House Press Secretary Jay Carney said in a statement, adding that there “is not enough progress in our bilateral agenda with Russia” to warrant such talks.

The U.S. will go ahead with a meeting between Secretary of State John Kerry and Defense Secretary Chuck Hagel and their Russian counterparts, slated for Friday.

[Source: The White House, via The Register]

The international version of the social reading app Flipboard — which culls and collects content from news sites and social media and displays it as a sort of digital magazine — has been blocked in China.

It makes sense that China would block an app specifically designed to aggregate news and social media content. China has famously blocked Twitter and Facebook, and it has blocked a handful of foreign news sites, among them The Wall Street Journal’s Chinese website, which it blacked out briefly earlier this week.

The Chinese version of Flipboard, launched for iPhones in March of 2012, is still available.

[Source: The Next Web]

Yan was fired from Alibaba about four months before being arrested a little more than a year ago.

Alibaba chief Jack Ma made some unfortunate remarks last month, likening his actions to rid his company of fraud with Beijing’s decision to crack down on protestors in Tiananmen Square.

Aided by a spike in China, Android’s slice of the global smartphone market reached 79.3 percent in the second quarter, up from 69.1 percent a year prior.

Microsoft’s Windows Phone was the only other operating system to gain — but that was from 3.1 percent to 3.7 percent. Windows Phone is the OS used in Nokia’s new line of Lumia phones.

Apple’s iOS fell from 16.6 percent to 13.2, while BlackBerry, the one-time world leader, came in fourth place at 3 percent, down from 5 percent last year.