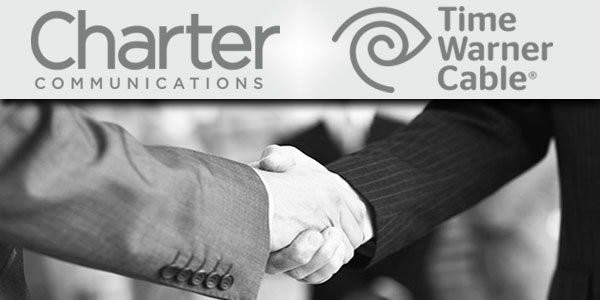 Charter Communications and Time Warner Cable last week announced that California regulators approved their planned merger following a series of hearings in which the companies agreed to open access to underserved communities.

The merger, which will include the acquisition ofBright House Networks, will create the second largest broadband provider in the U.S., with 19.4 million customers, and the third largest multichannel video programming distributor, with 17.3 million customers, according to the Federal Communications Commission.

TheCalifornia Office of Ratepayer Advocates, which is the official watchdog office within the CPUC, had urged a number of revisions to the final language before the merger was approved, such as the inclusion of low-cost broadband service for the poor, broad protection on data caps, increased diversity at the combined company, and the removal of arbitration clauses that would give customers greater leverage to settle disputes with the company, according to Ana Maria Johnson, program project supervisor at the office.

The office was concerned that the large concentration of market power, plus the large amount of debt in the deal, would place a burden on consumers in the form of higher prices and other service issues, she told the E-Commerce Times.

As part of the approval, “we wanted to make sure that stronger consumer protections were put in place,” Johnson said.

Under the conditional approval by the FCC, the combined company will have several key restrictions imposed on it to make sure it does not try to restrict new forms of competition. The approval prohibits it from imposing data caps or usage-based pricing for seven years, according to FCC documents.

The merger comes at a critical time for the telecom industry, as rival Verizon is in the middle of a strike by nearly 40,000 workers. The company is also considered one of the favorites to acquire the core Internet assets of Yahoo.

The CPUC likely called for some of the same conditions that were raised by the FCC, but in the end, deal does very little to create real competition for consumers, independent technology analystCraig Settles noted.

“All this and other mergers in the industry do is force consumers and businesses to live under more severe monopoly, or at best, duopoly, conditions,” he told the E-Commerce Times.

“That means customers will continue to get subpar service and be hit with higher prices, if not now, then definitely a year or so from now,” Settles said. “Those things praised as concessions or benefits, such as Charter’s proposal to provide affordable Internet service, are just smoke and mirrors.”