CES: Oh, the Amazing Things You Will See 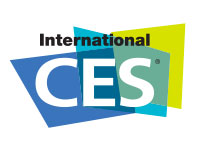 Writing a CES teaser is a bit difficult because I actually know a great deal about what will be announced, but I can’t share the details because I’m bound by a variety of ironclad nondisclosure agreements.

However, I can comment in general about the product categories you are going to see opened up at the show, and I have to say you’d better lock up your wallet because much of this is cool and you’ll likely want it. Fortunately, given how broke we generally are after the holidays, most of this won’t be showing up for months.

I’ll share what I can and close with my product of the week: the BlackBerry Classic, the best BlackBerry ever built.

From a refrigerator with a built-in camera that broadcasts what it contains onto the Internet, to washers and dryers that can text you their status, there will be tons of connected appliances at the show. I’m not sure I’m ready to be texted by a washer or dryer, though I have to admit I’m kind of interested in the camera thing.

It lets you see what you have in your refrigerator while you’re at the store, so you can get what you don’t have and not buy what you have plenty of. I find I often can’t locate stuff in the refrigerator (I’m convinced my wife hides stuff on purpose), and I think the camera with a search function actually could be rather handy. Of course as part of the secret female conspiracy to make men look stupid, I’ll bet that feature isn’t ever enabled.

There will be a lot of drones at the show. Most interesting are fighter drones that can do battle with each other. I think this will open up an opportunity for interceptor drones that you can use to knock down drones that are spying on you through windows or over your property.

I have a feeling the FAA is going to take a very dim view of all of this — but until they do, the air battles likely will be waged unimpeded across neighborhood fences in 2015. Given how understaffed the FAA is to enforce drone regulations, I’ll bet it fields some fighter drones of its own.

Robotic vacuums are getting better and smarter. Roomba released a true vacuum in 2014 (we have one), and this year it will be joined by one I’ve been waiting for from Dyson. It appears to be the one to rule them all in 2015, but it will have a lot of challengers as this segment heats up dramatically.

One of the areas that is new at CES this year is the robotic section, where you will meet our future overlords. The highly anticipated moving Robopocalypse that highlighted the coming robotic rebellion mysteriously vanished last year, suggesting it already may be too late.

Connectivity options for your music will change a lot in 2015. We should see both a jump in quality and variety for in-car options, both from the folks who make cars and the companies that make car aftermarket kits. An early indication was Ford switching from Microsoft’s technology to BlackBerry’s at the end of 2014, and it is just one of the car companies responding to the need to create solutions that can compete with Tesla, which currently sets the bar in this area.

In-car Internet, streamed movies, and far higher-quality music are in store, along with far more voice-controlled options in the car. This, of course, means that once again our kids will know more about the stuff in our cars and how to use it than we do. Thank heavens self-driving cars won’t really show up until 2017.

Watches Smarter Than We Are

If you thought wearables were confusing in 2014, you haven’t seen anything yet. Another new section at CES is devoted entirely to wearables. This section should have every color, size and capability of watch you are likely to ever want. Most I’ve seen, however, are way too small for what folks seem to want them to do and way too big for most wrists.

I’m hoping someone will come up with the magic combination of size and capability, but I haven’t seen it yet and a lot of us are skeptical this category will really take off as a result. There is good chance that Apple, which won’t be at CES, will have the best product — but that it still won’t be good enough.

Wrapping Up: An Amazing Show

CES has all of the earmarks of an amazing show this year, with tons of variety and big improvements in robotics, in-car entertainment and drones. We’ll likely all need to start wearing helmets when we are outside to survive drone crashes, and we’ll kiss any remnants of our privacy goodbye.

Hmm, we may find we do miss certain aspects of 2014 as a result. I’ll report on what really knocked my socks off next week and let you know whether I can still walk. CES is really hard on the old legs.

Product of the Week: The BlackBerry Classic

Sometimes a vendor just gets it right, and the BlackBerry Classic, for anyone who misses physical keyboards on a phone or is currently using an old BlackBerry, is that product. Had BlackBerry started its turnaround effort with this phone, I think things would have gone far better. 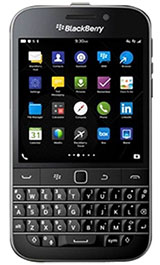 From a larger display to a nice hand feel, the physical design is just right. The keyboard is a nice improvement as well. The phone is a near perfect blend of the old BlackBerry users loved, in terms of physical interface, and the new BlackBerry users expect, in terms of radio technology, security and connectivity.