This is the best of times and the worst of times for privacy and civil liberties. Almost every day, new revelations about the U.S. National Security Agency’s surveillance activities make headlines. Meanwhile, some U.S. intelligence chiefs have called for the execution of whistleblower Edward Snowden and have painted journalists who run stories based on his material as his accomplices. 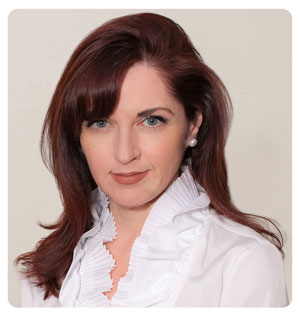 Nuala O’Connor, President and CEO of the Center for Democracy & Technology

The Obama administration has announced some changes to the way the NSA collects telephone metadata, but it is allowing the agency to continue collecting it. Russian President Vladimir Putin has stated NSA surveillance is necessary to fight terrorism and has expressed envy of President Obama for being able to get away with mass surveillance, while civil liberties around the world have come under increasing threat.

Against that backdrop, TechNewsWorld interviewed Nuala O’Connor, the newly appointed president and CEO of the Center for Democracy and Technology, or CDT, which describes itself as a champion of global online civil liberties and human rights, focusing on keeping the Internet open.

She joined the CDT from Amazon, where she was vice president of compliance and customer trust, and associate general counsel for privacy and data protection.

TechNewsWorld: “Civil liberties are being eroded all over the world, not least here in the United States, what with NSA surveillance, FISA Court orders, and local law enforcement agencies getting their own drones and doing data dumps, among other things. Meanwhile, people like James Clapper suggest labeling journalists as accomplices to Edward Snowden, a stance at least one member of the U.S. House of Representatives agrees with. That’s right in line with what’s happening in Egypt, which has charged 20 Al-Jazeera journalists as terrorists. And the UK’s GCHQ appears to be trying to out-NSA the NSA, seeking to conduct surveillance on all cellphones worldwide. What do you see as the CDT’s mission in this scary world?”

“You’ve articulated very well that there’s never been a more destabilizing but also exciting time to work on digital civil liberties. CDT believes that technology should be an enabler of emerging democracies around the world. Surveillance strikes at the heart of that mission. We believe big data and new technologies should be used for big societal issues, but there have to be rules and responsible uses of technology in the hands of the government and the government sector. We stand for the voice of the individual and citizen and end user.”

TNW: “What about people giving up personal data in exchange for goodies? Seems to me the NSA could adopt this approach — give people a service in exchange for their data, instead of conducting its surveillance, which annoys everyone. It’ll get the same result.”

“I don’t buy the premise that just because people engage in online life … there’s a big debate on collection versus use of data. People engaging in online digital lives in the social media, or Internet shopping, or even using voice recognition on smartphones to make phone calls or send a text — just because you’re doing that does not mean that you agree to have your data handed over to the federal government or other government — or have secondary and tertiary usages that are very different from the primary uses for which you handed over your data.

“I believe there are standards of fairness articulated in shared information principles. These are fundamental principles of fairness, and doing good business and sharing in the common discourse of life.

“People who want to bring innovation and growth to technology have to stand up for privacy and sanctity of data in our lives. I don’t think new technology has fundamentally reshaped human interaction or the social contract, but I think we need to be vigilant about how these new technologies are impacting our life. I don’t buy the premise that just because I’m on Facebook, I have given up my right to privacy.”

TNW: “The arguments advanced by intelligence agencies and governments for invading our privacy center around the threat of terrorist attacks. Yet President Obama’s own panel has pointed out that mass collection of telephone metadata has done nothing to prevent any terrorist attack, let alone do so in a timely fashion, which is the reason advanced for such data collection. Is there indeed a dichotomy between privacy and security?”

“No. There is not. You recall that I was the first chief privacy officer at DHS. I was there on Day 3 of its creation, working for Tom Ridge, and our construct to protect individual liberties, in general, was to not only protect Americans but the American way of life — freedom of innovation and thought and speech. And I believe that with great thought and with great care — that the country and the world can achieve greater security while still protecting privacy and fundamental liberties, by doing the hard work of employing limited and strategic and rational deployment of technology.

“Bulk data collection did not work in the way the agency intended it to work, but targeted work based on law enforcement predicates has worked for centuries. Simply because there’s new technology or ways to handle data doesn’t mean our data doesn’t belong to us, and that government must search for it based on reasonable suspicion. Good process and good respect for civil liberties has to be built into the process for national security agencies.

“You can build in protections from the beginning through privacy by design. It’s very hard to reformat later what was not there when it wasn’t built in the first place.

“Surveillance is No. 1 on my agenda for 2014. Another is international human rights — the Internet and freedom of sharing information globally.

“We think about the Internet as an enabler of democracy globally, and we worry about the blockage of free speech internationally. CDT will look at growing our global footprint and engaging with governments and NGOs (non-governmental organizations) in other parts of the world. We have offices in Brussels and London, and we want to spend time in the Americas and Asia.

“The third thing is the construct of technology in daily life — looking at how technology is changing the way we relate to each other and our homes, our cars and daily life. How is increasing access to digital technologies, mobile technology, the quantified self, reshaping society? What are the benefits and the challenges and hidden perils in an always-on, always-monitored society — not only from the government, but also from the private sector and ourselves?

“I think our role here is to raise the questions and the dialog and develop best practices for companies and individuals. The role of the CDT is the convener and creator of practical solutions. The CDT is a place where the community, government representatives, and industry representatives can come together and be heard respectfully, and we can create solutions for the real world.”