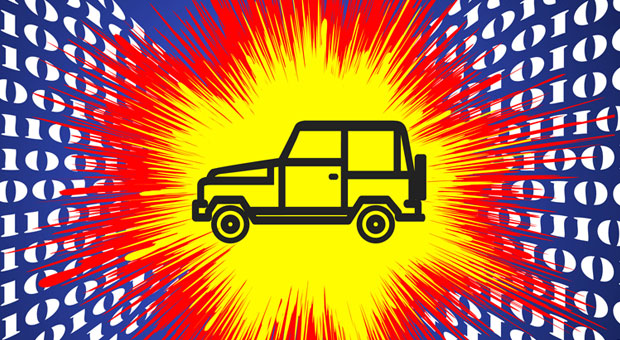 TheFBI, the U.S.Department of Transportation and the National Highway Traffic Safety Administration last week issued a warning about the threat of automobile hacking.

Consumers should verify with vehicle manufacturers any recall notices or software updates they receive; avoid downloading software from third-party websites or file-sharing platforms; use a trusted USB or SD card storage device when downloading and installing software to their vehicles; and ensure their vehicle software is up to date, the agencies said.

They should be careful when modifying vehicle software or connecting third-party devices to their vehicles.

Vehicle owners shouldcheck the vehicle’s VIN for recalls at least twice per year, according to the agencies.

Consumers can look for other.

“Every car manufacturer has a different protocol for doing things like remote start and remote unlock, so you’d have to target a specific car manufacturer, have specific information on their proprietary protocols for access, and then all you’d get is access to the car,” he told TechNewsWorld.

The agencies are taking preemptive action because “they expect a lot more network-connected cars and expect them to use open standards for communicating with the cars’ internals minus encryption,” Jude said.

However, the notice “isn’t preemptive. It’s actually very late, and we’re just lucky there haven’t been any catastrophic incidents yet,” argued Rob Enderle, principal analyst at the Enderle Group.

“We’ve had examples going back years that showcased it was possible to disable cars through the wireless sensors on their tires. As we increasingly move to systems that control all of the car’s operation, the potential for deadly consequences has gone through the roof,” he told TechNewsWorld.

“Think of ransomware,” Enderle said. “If you get disabled in the middle of nowhere, how much would you pay to have your car run again?” The real concern, however, is “the massive loss of life a terrorist attack on cars could create.”

Encryption backdoors like the one the FBI is seeking to force Apple to develop “enables hacking like this, and phones could easily become a bridge through a car’s system to enable a hack,” he said. “This strongly supports Apple’s argument that the risks of what the FBI is requesting far exceed the benefits.”

The automobile industry has created a working group to deal with security issues, Enderle observed, “but they continue to move slowly, and the entire industry needs to massively change cadence, which is currently a three- to five-year cycle, to one more consistent with the far faster response times in the tech industry.”