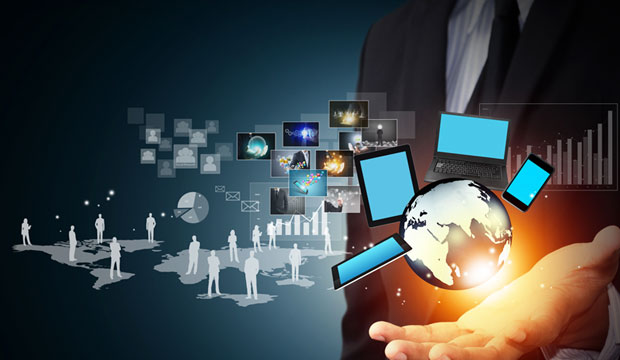 Canonical is deploying a scalable Android-based operating system for mobile and desktop enterprise applications from the cloud.

“The platform is innovative in that it uses Android as a guest OS for mobile application virtualization in the cloud,” he told LinuxInsider.

With the rise of 5G and edge computing, enterprises are under pressure to provide a high-performance, high-density compute experience to any and all user devices, according to Canonical. Cloud gaming, enterprise app proliferation, software testing and mobile device virtualization are driving the need for distributed applications from the cloud.

The Anbox Cloud provides the ability to offload compute, storage and energy-intensive applications from x86 and ARM devices to the cloud. It enables end-users to consume advanced workloads by streaming them directly to their devices. Developers can deliver an on-demand application experience through a platform that provides more control over performance and infrastructure costs, with the flexibility to scale based on user demand.

“Driven by emerging 5G networks and edge computing, millions of users will benefit from access to ultra-rich, on-demand Android applications on a platform of their choice,” said Stephan Fabel, director of product at Canonical. “Enterprises are now empowered to deliver high performance, high-density computing to any device remotely, with reduced power consumption and in an economical manner.”

The demand for Android in the cloud is growing fast. Demand is driven by enterprises and startup innovators aware of emerging technologies like 5G, edge computing, and system containers that make Android a viable option in the cloud, Kayo explained.

“The ongoing shift in consumer preferences towards richer and ubiquitous mobile experiences also accelerates demand. Geographically, we see a fast growing demand in China, North America and Europe,” he said.

Android is the largest mobile OS (75 percent OS market share, 2.5 billion users, close to 3 million apps). It offers the advantage of a much richer application and developer ecosystem compared to other platforms.

Game-streaming companies will benefit from the high scalability on Anbox Cloud. They are financed mostly through advertising or subscriptions. IAnbox creates an on-demand experience for gamers while providing a protected content distribution channel for game developers.

Game-streaming profit margins can be thin if economies of scale are not reached. Anbox Cloud’s superior scalability allows game-streaming companies to improve their margins.

Enterprises can leverage Anbox Cloud to accelerate digital transformation. Scalability allows the distribution of mobile applications to any number of devices, avoiding capital expenditures for equipment acquisition and operating expenses for maintenance.

Mobile telco operators can leverage Anbox Cloud to create innovative value-added services that improve the return on investment of new infrastructure. The scalability of Anbox Cloud allows them to serve new digital experiences to millions of customers in their mobile networks.

For mobile app developers, Anbox Cloud makes it possible to test applications at scale in the cloud. These tests can be appended to a CI/CD (continuous integration/continuous deployment) pipeline for automatic execution.

Android is based on Linux, so a Canonical-backed Android cloud platform might be more secure than the Google alternative, suggested Rob Enderle, principal analyst at the Enderle Group.

“There is a fear, particularly after the Sonos accusation of theft, that Google is stealing intellectual property, and a more secure place to develop than the Google Cloud would likely be appreciated,” he told LinuxInsider.

The Anbox announcement is not a huge reach given Android’s roots, but it should allow Canonical to pull a larger audience, particularly from those concerned about Google’s practices, Enderle said.

“Android is and probably will remain the most popular and widely used smartphone OS and platform worldwide. If Canonical can successfully build and differentiate Anbox Cloud, it could do very well,” he told LinuxInsider.

Google offers a host of Android developer tools that work in conjunction with services for hosting and supporting apps on its Google Cloud Platform, noted King. “Given the company’s growing focus on business and enterprise services, that’s the 800-pound gorilla that Canonical will have to deal with.”

Canonical, parent company of Ubuntu Linux, seems to be reaching beyond its Linux OS offerings to expand or create a new chapter in cloud computing, he observed. “This looks like a smart move on Canonical’s part. The company has established itself pretty well but needs to look beyond its current solution set for future growth.”

Canonical’s business customer base should offer it a solid set of prospects for Anbox Cloud. Getting those organizations on board will be critically important, King added.

“With Anbox Cloud, Canonical is bringing to market a disruptive product that is both powerful and easy to consume,” said Jacob Smith, CMO at Packet. “As small, low-powered devices inundate our world, offloading applications to nearby cloud servers opens up a huge number of opportunities for efficiency, as well as new experiences.”

Adopters can host the Anbox Cloud platform in the public cloud for infinite capacity, high reliability and elasticity. They can host it on a private cloud edge infrastructure, where low latency and data privacy are a priority.

Public and private cloud service providers can integrate Anbox Cloud into their offering to enable the delivery of mobile applications in a Platform as a Service or Software as a Service model. Telecommunication providers can create innovative value-added services based on virtualized mobile devices for their 4G, LTE and 5G mobile network customers.

Anbox Cloud is built on a range of Canonical technologies and runs Android on the Ubuntu 18.04 LTS kernel. Containerization is provided by secure and isolated LXD system containers.

Android runs in system containers in the cloud. A Web or native client wrapped into a mobile or desktop application sends sensor input to the container.

Graphical output is streamed back to the client via webrtc. Direct access through a Web browser makes it possible to deliver Android applications to any device that can run a browser.

LXD containers are lightweight, resulting in at least twice the container density compared to Android emulation in virtual machines, depending on streaming quality or workload complexity. A higher container density drives scalability up and unit economics down.

The Anbox Cloud taps into the growing cloud gaming segment. The new cloud platform enables graphics- and memory-intensive mobile games to be scaled to vasts numbers of users while retaining the responsiveness and ultra-low latency demanded by gamers.

It removes the need to download a game locally on a device. It creates an on-demand experience for gamers while providing a protected content distribution channel for game developers.

The Ubuntu Advantage support program included with Anbox Cloud provides continuous support and security updates for up to 10 years.

Canonical partners with Packet, a cloud computing infrastructure provider, to deploy Anbox Cloud on-premises or at target edge locations around the world.

Anbox Cloud is available for self-hosted deployments in public or private clouds. The product is priced yearly on a per node basis, per compute instance per year, with support included and SLAs guaranteed.