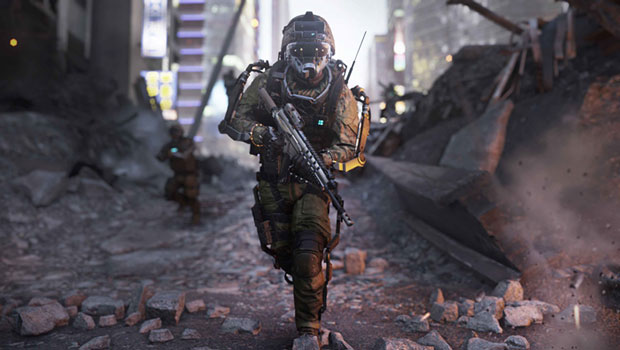 Activision Blizzard on Monday released a new entry in the popular Call of Duty series.

Call of Duty: Advanced Warfare Day Zero Edition, which was developed by Sledgehammer Games as part of a new three-year development cycle for the franchise, brings the action to the near future with a greater emphasis on the multiplayer experience.

However, its worldwide debut was not without controversy. It wasn’t about what the game offered — instead, all the buzz was about what gamers thought they might be missing this time, namely the Zombies mode.

Many gamers were disappointed — some were fuming — over what appeared to be a decision to package the Zombies mode with a Season Pass, which essentially provides players with access to extra game content for an additional US$50.

However, the angst apparently resulted from an erroneous email sent out by GameStop, which “caused a ton of confusion,” according to Activision spokesperson Kyle Walker.

Players will be able to access the zombies content via DLC, same as in prior years, he assured TechNewsWorld. “The Season Pass is just another offer to get all DLC at a discounted rate. Season Pass is not the only way to get Zombies.”

“Zombies in AW is an Easter Egg for the fans,” Walker said. “It was just a fun surprise the Sledgehammer team created for fans once they wrapped the main game. It’s their own new take and new style on Zombies.”

There will be more information on the new version of Zombies in the weeks ahead, Activision promised.

“Three years ago we made some big decisions to invest in a three-year development cycle and to enlist Sledgehammer Games to be the first new lead studio for Call of Duty in a decade,” said Activision Publishing CEO Eric Hirshberg.

“We believe that those decisions have paid off, resulting in a fantastic game, … which features a kickass story, an epic performance by Kevin Spacey, beautiful graphics and new core mechanics that make Advanced Warfare even more of an adrenaline rush than Call of Duty already was — and that’s saying something.”

The new Call of Duty game is a departure for the series, which started out with gamers playing as World War II-era American and Soviet soldiers wearing little more than their basic fatigues. Players now can suit up in advanced exoskeletons and patrol a world where technology has defeated terrorists and despots alike. Of course peace and Call of Duty would not make for a good action game.

Thus Kevin Spacey’s character dons a “power suit” of another type, making his character more of a “James Bond style super villain” bent on world domination through the corporate power he wields. What is notable about Spacey’s role is that he appears in the game in a way that almost harks back to the full-motion video sequences that were used to advance the storytelling elements in the 1990s.

“That speaks to the importance of the medium,” said independent video game industry analyst Billy Pidgeon. “We could see a lot more famous actors in games, beyond voice.

“The animation is getting so good that it is hard to tell animated sequences from actual filmed video,” Pidgeon told TechNewsWorld. “The computer animation technology has advanced so much that it is really getting hard to tell where it is computer generated.”

While gamers won’t have to sign up for the Advanced Warfare Season Pass to blast away at zombies, it does appear that the new standard operating procedure from developers will be to release the basic game and then provide DLC at an added cost. In this case, the issue is what gamers are going to have to pay extra for versus what once was free.

“People could be understandably disappointed and kick back a bit,” said Pidgeon. “It all depends on how this year’s Call of Duty compares with the past of the games in the franchise overall.

Whatever this extra subscription service is called, it “is not going away any time soon,” observed Wanda Meloni, principal analyst at M2 Research.

“Publishers charging an additional $50 for add-on packs think it’s a clever move, but clearly early response from consumers looks like they are not happy about it,” she told TechNewsWorld.

“They are starting to tire of all the incremental costs, which really aren’t insignificant,” she said. “Like any product, if they don’t feel like they are getting their money’s worth, they will find a replacement. For now, we’ll have to wait until the sales figures come in, and then we can see what kind of impact it will have.”