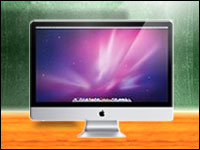 On Dec. 6, Apple announced that it would begin making some Macs in the U.S., reversing a trend building over several years of manufacturing computers in China and setting an interesting precedent. Apple isn’t alone in this: HP has also begun shifting some of its PC production back to the U.S. of A.

Before we start popping French champagne corks (isn’t globalization fun?), we should think about what this means and why it is important.

First off, it has already been widely reported in the last year that demand for PCs and laptops has peaked, while demand for smaller devices like tablets and handhelds is on a hockey-stick curve of its own. These devices are rapidly becoming the next generation computer with some functions, like major storage, networking, and big-number crunching offloaded to the cloud.

So why is this manufacturing shift happening? Don’t we just send manufacturing trends like PCs to the Far East to live out their useful lives? We do, but in this case there is a second act of sorts to be accounted for.

As it turns out, the big labor step of making a computer is in assembling the motherboard, and that is being done quite well by robots, thank you very much. The difference in the cost of a robot laboring in China compared to the cost of one executing the same instructions on U.S. soil is nugatory.

At this point other issues come into play, such as the ability to be closer to the customer and deliver a special order quickly. Also, the cost of transportation begins to play a role, as shown in the table in this article.

People who read this space regularly might recall this table because it’s been used to make a similar point before. The cost of transporting a cargo container increases with the cost of fuel. So it stands to reason that the cost of transport increasingly becomes a factor as fuel prices rise. A vendor compares the opportunity cost of being there with the exact goods for the customer with the cost savings of manufacturing abroad, at some point you reach an equilibrium.

To write this article I checked with the U.S. Energy Department’s Energy Information Administration (EIA not to be confused with the IEA, a similar body run from the European Union). According to the EIA, The average U.S. cost of diesel fuel on Dec. 3 was US$4.027. So according to our table, the cost of moving a cargo container from China to New York is inexorably rising to the $10k mark.

Except for occasional economic weakness, don’t expect fuel prices at 2000 levels ever again, this is a one-way shift that makes the change inevitable at some point.

You could also compare the cost of moving one fairly bulky PC with the cost of moving many more (and smaller) handhelds and tablets, and realize there is more profit opportunity in moving these global platforms, especially considering that they are more standardized and not subject to the same customizations larger devices offer. That means delivery is a less critical issue, as long as there is inventory, a few days on the high seas more or less doesn’t mean much.

And while we’re on the subject, have you noticed how many vendors have brought all-in-one PCs to market for the coming year? The all-in-ones make life easier for customers by at least reducing the spaghetti of cabling behind the boxes — and it should have been done a long time ago. The new configuration, in addition to being more pleasant to look at, also costs less to move from factory to customer.

All of this points to the slowly advancing energy and transportation crunch that is inspired by high fuel prices, a consequence of peak oil. When combined with climate change and the destruction caused by storms like Sandy — which we must not too closely associate with global warming lest we offend some group of recalcitrant unbelievers — we begin to see the outlines of ways to bring to market new products and services designed to take advantage of these realities.

These differentiators are not easily seen or benchmarked, as would be clock speed, storage capacity or memory. However, they are another example of things that can be discovered through analysis of big social marketing data.

The economy changes in subtle ways, and as businesses and consumers we have to have ways to keep up, even if the changes seem inconsequential. That’s why we need analytics and social data and why they continue to be hot topics.