Blackbaud Gives Fundraisers New Tools, Then Gets Out of the Way 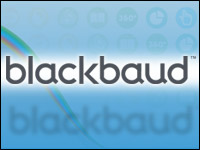 Blackbaud, a CRM vendor that specializes in the nonprofit sector, has rolled out a new release offering additional social and mobile functionality.

The end goal of the various upgrades — which range from social scoring to the ability to run on a number of different tablets — is to allow users to be able to spend more time with donors, said Eric de Jaeger, VP of product management, enterprise CRM solutions.

“If you are a gift officer working for a university or hospital and trying to raise money for a large campaign, you want software that helps you but isn’t in the way of doing your job,” he told CRM Buyer.

With that goal in mind, Blackbaud set out to make its typical user’s life easier, such as by accommodating the various tablets in the market.

“We were seeing clients using tablets across the board, from the Androids to Windows 8 Surface,” de Jaeger said, “so it was very important to give them both access and freedom — that is, the ability to use the application on those different devices, getting access when and where they needed it.”

Are You an Influencer?

Blackbaud also honed the product to capture more social conversations and interactions that are specifically of interest to nonprofit fundraisers.

“It is important to know how a constituent is influencing a cause as you make a pitch for more funding, de Jaeger said, so we focused on social scoring and collecting what types of activities people do online. Are they high influencers or casual influencers, for example? Through that information, you know how to create a conversation with them.”

Applications in this space tend to focus on the giving history but not so much the influencing history, which is ironic because that is where the main challenge has been, he added. “It is a key question for organizations: Is someone spending a lot of time referencing a cause — and if so, what does it mean in terms of value?”

The BlackBaud application guides users in storing information about prospects in their social profiles, as well as in the use of partner services to model levels of constituent activity, de Jaeger explained.

Besides the Social Score tool, the application now has more bread-and-butter social functionality, such as the ability to add and directly link to constituents’ social media accounts from the constituent view.

Although the mobile and social additions are the most significant upgrades in the new release, they aren’t the only ones, de Jaeger said. There are many other new features — including the Membership Form function, for example, which allows users to extend membership sign-up capabilities to online communities. There is also a LinkedIn function — Group Join — for managing alumni and affinity groups and new mobile/desktop toggle functionality.

“What we did was focus on features to make [the software] simpler,” said de Jaeger, “or that will return time back to the people using [it] — so they can focus on how to help others.” 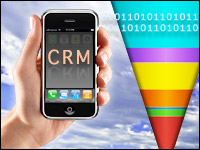