Battleborn Ventures Beyond the Borderlands 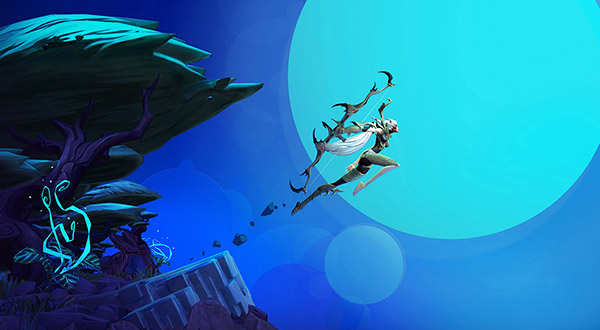 Gearbox Software on Friday demoed Battleborn at a pre-E3 event, stirring interest in the title, along with many comparisons to its Borderlands predecessor and other games.

In the run-up to last week’s presentation, Gearbox already had released details about the game and shared a new trailer.

Borrowing from a formula that has spawned successful Multiplayer Online Battle Area, or Moba, games, Battleborn lets players take on the roles of legends who control armies of minions.

In both story and multiplayer modes, players earn experience points that, in Moba fashion, can be used to level up their favorite characters or rank up their command profiles.

Battleborn features 25 playable characters and a story mode that scales from one player up to a five-player co-op. Online, the game pits players in five-on-five fights in three game modes: Incursion, Devastation and Meltdown.

Incursion tasks teams of players with defending their base from the minions of an AI-controlled force, with the ultimate goal of destroying the enemy’s stronghold. Devastation is Battleborn’s take on deathmatch, and Meltdown charges players with protecting their minions, who march loyally to their deaths.

Hard to Its Core

Battleborn will launch on PC, Xbox One and PlayStation 4 this winter.

It may not be the most innovative game in the pipeline, but it appears to be a good idea, said Roger Entner, principal analyst at Recon Analytics.

Battleborn will riff on the Moba formula, a recipe that fills arenas, rather than follow all of the genre’s conventions, he noted.

“It’s a better to improve on the Moba formula than to clone it,” Entner told TechNewsWorld.

As for Mobas in general, the genre itself hasn’t been able to capitalize on the proliferation of mobile devices, Entner pointed out. Games like Battleborn could do well in introducing players to Mobas, but eventually may need to move deeper into the mainstream.

The generous release of so many details prior to E3 may suggest a new approach toward game title launches. Fallout 4 received similar treatment.

Publishers are trying to figure out which approach is more effective, said Lewis Ward, games research director at IDC.

“I think these longer clips are taking a page from what’s working on Twitch,” he told TechNewsWorld. “You want to give more samples of what the game actually looks and feels like. I think a lot of developers will continue to test short vs. long clips to see if there’s a better response.”

All publicity is usually good publicity, barring offensive content, he observed. Releasing information early gives gamers more time to look deeper into the titles being promoted, but there’s is also a downside to that.

“There can be too much information,” said Ward. “You can have an information overload and people won’t have time to watch a really lengthy clip. So I think it’s a balancing act.”

That said, there clearly are millions of gamers who want to mine all of the information they can about a game, he added, noting the success of Twitch.