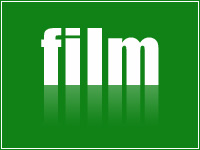 “Avatar” could indeed light the way to fresh, uncharted territory for filmmaking and entertainment thanks to its groundbreaking special effects and 3-D technologies — but that’s not necessarily a good thing.

The best way to explain that is to go see writer-director James Cameron’s new blockbuster in a 3-D IMAX theater. (Before you scream “Duh!” at your PC, hear me out). As you settle down with your popcorn and drink to watch this 160-minute adventure, pay close attention to the 3-D previews of other movies vying for your leisure-time dollars next year. In the IMAX theater I was in for a midnight Thursday screening of “Avatar,” I was treated to a massive, grinning Cheshire Cat head that appeared to float inches from my face, thanks to director Tim Burton’s revisionist version of “Alice In Wonderland.”

Dreamworks’ idea of a scary-yet-cute dragon flew right at me in the studio’s trailer for “How to Train Your Dragon.” And of course, the lovable and hygiene-challenged ogre Shrek is back in “Shrek Forever After,” and there he was towering over me in all his green glory.

The point bludgeoned into me during these trailers was that 3-D was going to be used for 3-D’s sake in all three films. Objects and characters are going to be shot at the audience as they have been since “Bwana Devil,” “House of Wax” and the dawn of 3-D in the 1950s. The only exception was a preview for a new IMAX documentary, “Hubble 3-D;” an image of the space telescope appearing to stretch out into the movie theater from the screen, with Earth in the background, was truly breathtaking.

Otherwise, it was 3-D business as usual.

Not so with “Avatar.” Cameron, who has basically reinvented both motion-capture special effects and the way a 3-D movie is shot on location, uses the technology in a much less intrusive way. Yet it somehow seems to enhance the visual pleasures of this truly amazing film. It may seem weird to use the phrase “less is more” to describe a movie that has been written about as the most expensive ever made, with many more millions spent on marketing it. However, when compared to other ballyhooed 3-D movies like “The Polar Express,” “Avatar” is actually more artistically subtle in its use of technology, if you can believe that.

There’s plenty of action in “Avatar” — hey, it’s James Cameron — but much of the coolness quotient in the movie comes from exploring the lush, tropical paradise that is the planet Pandora. Small, luminescent jellyfish-type creatures drift in the air; very tiny bits of alien trees and vines fall from the top of the screen to the bottom. You notice them at first because they stand out in that 3-D way, and then you get used to them as if you were actually walking the forests of the planet.

What’s not good about all this? It’s my fear that other filmmakers without Cameron’s sense of artistry and restraint will take his technology and use it in the same old way, which means audiences are in for more headache-inducing, in-your-face films. There’s technology, and then there’s storytelling, and “Avatar” beautifully fuses the two into a grand-scale entertainment.

Granted, “Avatar’s” plot and dialogue could have used some rebooting. This tale of a paralyzed American space soldier given a chance to walk again as a member of an alien race called the “Na’vi,” which makes Pandora its home, has elements of other, more original movies in its DNA — “Dances With Wolves” being mentioned the most in reviews. The idea of a warrior going native, however, has yet to be explored in this much detail in a sci-fi setting, so I give Cameron a pass for that. There’s also plenty of talk about the anti-military, pro-environment themes in the film.

Some of the other quibbles lie in my theory that it’s been 12 years since Cameron has written a screenplay and directed actors, so it’s probably rustiness that gives us 1980s-era lines like, “Yeah, who’s bad?” spoken by the movie’s hero, Jake Sully (Sam Worthington), as he’s standing up to a particularly threatening Pandora beast with the head of a hammerhead shark and the body of a triceratops.

You can liken Cameron’s need to update his storytelling software to the scene where Sully is transported into the body of his 10-foot-tall, blue-skinned “avatar” for the first time, and he discovers he can use his legs again. He’s understandably wobbly at first, and Cameron’s adjusting as well. However, that very scene also shows a Cameron quality that sci-fi fans have missed all this time: his mastery of special effects in the service of his story. The newly mobile Jake runs out of the medical lab after his transition to Na’vi and outside into his sunlit new world. James Horner’s music, the expressions on Jake’s computer-generated face, a shot of him digging his Na’vi toes into the dirt — all of it is concise, compelling cinema language.

Cameron’s new “performance capture” technology — an improvement on the motion-capture science used in “Polar Express” and “Lord of the Rings” — lets Worthington and the others portraying Na’vi actually act while pretending to be giant blue creatures. They may look like cats crossed with foxes spliced with really tall, exceptionally fit humans, but you can still tell it’s Worthington under all that computer-generated wizardry. This is especially true for Zoe Saldana, who is cast as Neytiri, Jake’s love interest and another in an long, influential line of strong female Cameron characters. Neytiri is given some of the few opportunities for true character development in the film, and she rises to the occasion.

It’s especially impressive when you consider that Saldana did all that emoting with a small performance-capture camera strapped to her head, as detailed in a recent Wired magazine article. The camera allowed the film’s special effects magicians to get around dead eyes and leap the so-called “uncanny valley” — the perception of CG-created humans looking a tad creepy, like they did in “Polar Express.”

These CG-built Na’vi interact with humans, show fear, anger and love, and get to make inspiring speeches to rally the natives. As I mentioned, it wouldn’t be a Cameron movie without first-rate action set-pieces, and there’s a doozy of a battle sequence near the film’s end. Next-century military airships go up against Na’vi bows and spears, but the Na’vi are riding huge bat-winged creatures that cling to cliffsides on massive floating mountains, swooping down to make their attacks from above.

Because of the film’s immersive technology, you get to ride along with them. It may have been a while since Cameron has picked up a camera, but he’s still got the touch. “Avatar” spins old-school storytelling with next-level technologies, and the result is one of the few times when you’ll feel like a US$15 3-D IMAX ticket was totally worth the price of admission.