As New Turnaround King, Is HP Better Than Apple?

HP is the new turnaround king — but is it better than Apple? By “better,” I mean a better potential investment.

Apple, at the end of the 90s, was in much the same shape IBM was at the beginning, but Steve Jobs returned to the company and pulled off the most powerful turnaround in tech history.

HP may top Apple, though, because as bad off as Apple was in the 90s, no one set it up to fail like HP was set up. To get where HP is now, it had to come back from being shot by its own chairwoman.

HP doesn’t have a smartphone, and I think we are coming around to the idea that the smartphone was the killer product of last decade, at least regarding growth. This is kind of like having a stock family sedan beat a supercar in a race. Wait — that actually happens!

I’ll explain why HP may be the turnaround king of this decade (it is far from over yet) and why it could become the better investment than Apple by 2020. I’ll close with my product of the week, a cool new gaming laptop from HP that may set the bar if you like to game when you travel.

What makes the HP turnaround fascinating, particularly compared to the earlier IBM and Apple efforts, is that the company clearly had the deck stacked against it. When it was spun out as a separate company from HPE, it got everything then-chairwoman Meg Whitman really didn’t want. She effectively stacked the deck so that the firm she was going to run, HPE, had every advantage. HP not so much.

Everyone agreed that printing was dead and PCs soon would follow, and that the future was in the cloud. However, Whitman, continuing to showcase some of the most horrid instincts I’ve ever seen in a manager, caused HPE’s cloud efforts largely to fail, while HP massively outperformed HPE. It was kind of like watching a supposedly professional poker player cheat and still lose massively. To the day I die, I’ll likely never understand what the hell the old HP board was thinking. (HPE’s financials are scary bad in contrast).

So, as a brand new company, HP started out with almost all of the old combined company’s debt and two businesses that were believed to be not only in decline but also unrecoverable. The firm appeared to have a zero chance of success.

The situation new CEO Dion Weisler was in was like that of a top naval officer being told there was good news and bad news: The good news is you get to be captain; the bad news is your post is on the Titanic, which just had a bit of a fender bender. Then the guy takes over, and shortly thereafter folks are waterskiing behind the Titanic as it planes into New York harbor. Seriously, this kind of thing just doesn’t happen that often.

Apple in the 1990s was in nearly as bad of shape. It had a growing pile of debt, Macs were in decline, and nothing else seemed to be doing very well. Unlike at HP, though, everyone including Bill Gates wanted Apple to succeed.

Bill put a pivotal US$150 million into the company, and then in a twist of fate took the core technology for the iPod from another company (S3), which was failing, and gave it to Apple. Jobs clearly saw an opportunity that others missed, which is partially why he is such a legend.

So, the difference is that while the degree of difficulty was similar, Jobs got Gates to help, and he got lucky with the iPod — without which he’d never have had the iPhone or iPad. True, he also turned the firm into the most powerful company in the world and HP isn’t there yet, but I can see a path.

Even though he has passed, Jobs is still the king of turnarounds overall — but Dion Weisler is trending for this decade.

Apple vs. HP: Which Will Become More Valuable?

When it comes to investments, it doesn’t matter how much something is worth today, it matters how much more it will be worth tomorrow. A company trading well above others has a lot more downward potential then a company coming out of a turnaround.

Apple’s near-term future is tied largely to the iPhone. There is potential in the iPad Pro and the Apple Watch, and eventually the Apple Pod, but given that the latter two break most of the conventions Steve Jobs established to ensure the success of the iPod and iPhone, I have my doubts. A one-product company in a highly competitive area, no matter how strong, is problematic — as IBM showcased by having almost everything in the mainframe bucket in the 1980s.

Markets move, and just as we no longer use iPods or flip phones, there will come a time when we no longer use smartphones. If Apple can’t create a successful followup, then its fall isn’t a matter of if, it is a matter of when. Given that cars aren’t an Apple strength, and the auto industry appears to be moving toward an Uber services model, that seems a very foolish pivot for the company right now.

HP, on the other hand, is moving to corner the market in industrial 3D printers, which would be a precursor to having one in your home. There is little doubt that every home eventually will have a 3D printer. If HP can gain the same kind of dominance it has with conventional printers, then it is on track to dominate the market when it emerges. Unlike with Apple and cars, HP has a ton of printer experience, which makes its move more likely to be successful than Apple’s move.

With every new product launch, particularly of an iPhone, and with every acquisition, Apple is in danger of making the kind of course correction that Microsoft attempted when Steve Ballmer tried to buy Yahoo. He didn’t even do it, but folks suddenly realized that Steve wasn’t Bill Gates, and Microsoft’s valuation plummeted. (Bill remained the richest guy in the world, though, which I’m sure pissed off Steve Jobs. He should have kept that Apple founder stock.)

So, is it more likely that HP, which is an expert on printers, will be more successful with a 3D printer, or that Apple, which knows squat about cars, will be more successful with a car? Don’t get me wrong — neither success or failure is certain. The odds were against Apple with a smartphone, but Steve Jobs was running the firm back then. Much like Ballmer wasn’t Gates, Cook isn’t Jobs.

I think the sustaining lesson here is more about perceptions and good business practices than HP vs. Apple. In the cases of IBM, Apple and HP, the widely held beliefs that they couldn’t be saved from their respective problems were false. IBM just needed someone to step in and make the hard decisions. Apple needed someone who understood the company well enough to fix it, and who had a vision. HP needed much the same.

In most cases, business problems are caused by a lack of focus, bad executive management selections, and widely held beliefs that turn out to be Fake News. There is a clear formula for success — it amazes me how few boards know what that formula is.

One final though: The textbook response to a down market is to increase spending on demand generation to offset the decline. It continues to amaze me how few CEOs have bothered to read that textbook. HP can thank its lucky stars that Dion Weisler did.

I like to play video games and build my own PCs, which is kind of problematic because I also travel a lot. While there are those who have tried to build their own laptops, I’ve never seen that end well, so I’m always on the hunt for a gaming laptop that won’t break my back.

The box I’m currently in lust for is the new HP Omen X. Until someone finds a way to put an Intel I9 or AMD Threadripper (I still love that name) into a laptop, the HP Omen X appears to offer the most performance you can both carry and afford. 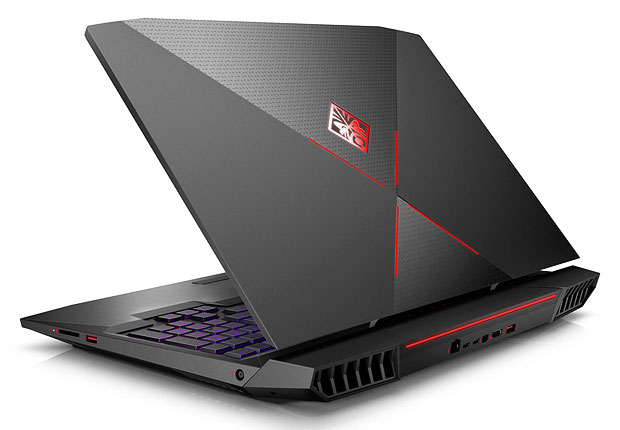 With Nvidia 1080 graphics — currently the top of the affordable range you can get in a laptop — and impressive overclocking capability, it comes as close to being a machine I’d likely build as I currently can get. It has a 17-inch 4K display (you can’t get bigger and still legitimately carry this) coupled with Nvidia G-Sync to limit tearing, simulated surround sound (so you can use any headphones), and even a window to see the insides (like high-end performance cars, or every desktop PC I’ve ever built).

It supports up to four external displays, and it has two Thunderbolt and three USB 3.0 Ports, an Ethernet port (because wireless in hotels often sucks), and a media card reader. Hell, they even put Bang and Olufsen speakers in this. Were this a car, you’d likely have a Ferrari badge on it. It even has custom exhaust (for cooling).

Starting at $2,299 it isn’t cheap — but given what you get, it is a decent value, and the thing is even lit like a gaming desktop.

So, this week I’m lusting for the new HP Omen X, and that makes it my product of the week. I have one word for this thing: “awesome.”