Apple’s HomePod Could Leave a Lasting Mark With Customers 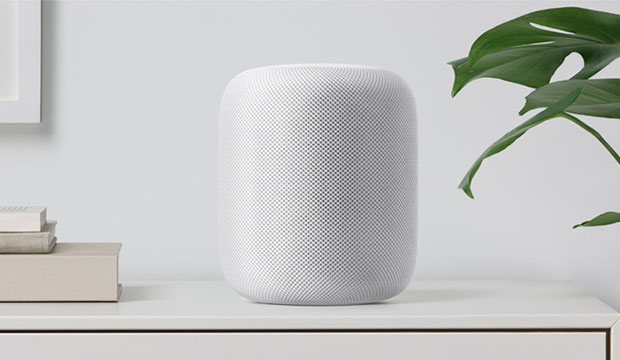 Apple’s new US$350 HomePod could make an impact in several ways. In addition to providing listeners with highly praised sound quality, the smart speaker literally could make an impression on some of the wood surfaces it touches — in the form of white rings.

The HomePod, which is compatible only with other Apple products, can stream music to those who have an Apple Music subscription. It has a few other capabilities too — including the dubious ability to mar certain types of wood surfaces.

Surfaces that are treated with oil, like a butcher block countertop, for example, apparently react badly with the silicon base of the HomePod, and contact can leave a lasting ring. Some users reportedly used the product for less than 20 minutes before the speaker left its mark!

This problem isn’t confined to Apple’s HomePod. It could be an issue with any rubber or silicone-footed surface that is left on an oiled countertop. However, Apple apparently failed to warn customers and only acknowledged a possible risk after multiple reports surfaced on Wednesday.

On the official product support page for the HomePod, the company notes that any speaker that utilizes vibration-damping silicone could leave marks. Concerned users are advised to follow the furniture maker’s recommended cleaning recommendations and perhaps consider placing their HomePod on a different surface.

Apple’s response, which includes the observation that any rings could “often” simply go away once a device is moved, or that mild cleaning might be enough to remove the rings, struck a sour chord with some observers, who chastised the tech giant for failing to address the issue sooner.

“This is very reminiscent of antennagate, where Apple’s response was that the customer should hold the phone different,” noted Roger Entner, principal analyst at Recon Analytics.

Most modern electronics, from TVs to PC speakers, have rubber or silicone bases that help provide stability and reduce vibrations, so the HomePod speaker is far from the only product with these characteristics. These synthetic materials can break down over time, and oils will hasten the deterioration.

There are a lot of objects that could stain or damage many types of surfaces, Kay told TechNewsWorld.

“There’s no reason on the face of it that Apple’s device would cause any more harm than any other piece of electronics,” he said.

Apple’s use of a specific type of silicone rather than rubber appears to be the cause of the HomePod’s problems resulting in the white rings.

Further, Apple has billed the device as a product meant to be used around the home — not on a dedicated stand where TVs often are placed.

“Things typically stain tables when they’re wet, but I see no reason for a HomePod to get wet in normal usage,” Kay added.

“Apple should have used a different material where this wouldn’t have happened,” Recon Analytics’ Entner told TechNewsWorld. “Lesser companies than Apple have figured it out how to build a device that doesn’t leave residue on a surface.”

This issue could have ripples that go beyond the white rings. The HomePod already has been criticized for working exclusively in the Apple ecosystem. The staining issue puts greater focus on the negatives, and Apple’s lackluster response does little to repair the damage.

“These types of manufacturing issues and especially edge-case test scenarios can happen, but what’s important is how quickly organizations identify these, and how they respond to them,” said Scott Kendrick, vice president of marketing at CallMiner.

“Catching an issue as it becomes common but before it makes it to widespread [visibility] can be the difference between failure and success of a product,” he told TechNewsWorld.

Identifying the issue is half the battle. The real work comes in crafting an effective response and ensuring customer care agents can execute on it, added Kendrick.

It appears Apple may have failed in that regard, having offered users little in the way of practical tips.

The actual fix could be rather simple, suggested Kay. “You just use common sense as to whether something needs a coaster or other protective material underneath it.”