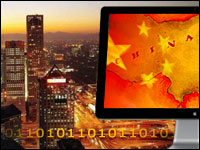 Apple has invited Chinese journalists to a Sept. 11 event in Beijing to announce… well, no one really knows, but it could be a big deal.

One of the likelier reasons for the Beijing event — set to kick off mere hours after the company is expected to unveil its new iPhone in the U.S. — would seem to be the introduction of a new, lower-end iPhone, which would seem to be designed with Chinese consumers in mind.

News broke last month that Apple had told assembler Hon Hai Precision Industry to begin shipping both a new high-end and — for the first time ever — a lower-end iPhone.

Apple is expected to unveil a cheaper iPhone at its Sept. 10 event in Cupertino, Calif.

Apple has been losing market share in China, its second biggest market, to rival Samsung and a slew of domestic smartphone manufacturers. It has also dropped to seventh place in second-quarter smartphone sales in China, according research firm Canalys.

This is the first time Apple has held a satellite launch event in China. Similar events are reportedly planned for Berlin and Tokyo.

Samsung Teams With Lookout on Security

Samsung has inked a deal with San Francisco-based antivirus firm Lookout to bolster protection on its Galaxy devices. Lookout’s software will scan handsets and tablets for threats.

Galaxy devices use Android, which has drawn swarms of hackers during its rise to the top of the OS pecking order.

Research firm Kaspersky said that it has detected more than 50,000 new examples of malware targeting Android. McAfee issued its own warning, asserting that new types of spyware and code were designed to bypass bank ID protection, causing a 35 percent spike in Android malware in the quarter from April to June.

Kim Dotcom Steps Down From Site He Launched in January

Kim Dotcom has hung it up as the director of Mega, the successor to his notorious file-sharing site Megaupload, which drew the ire of U.S. law enforcement and prompted an ongoing extradition saga.

Dotcom cited other projects, his legal battle and political aspirations for the resignation from Mega, launched in January — one year to the day after he was arrested in New Zealand on a slew of Megaupload-related charges.

Mega gained more than 1 million members within days of its launch.

Dotcom told the website TorrentFreak that he has written a draft program for a new political party, and that he wants to participate in New Zealand’s 2014 elections. Dotcom is originally from Germany but has New Zealand citizenship.

Twitter has irked the Australian founder of startup ManageFlitter with its plans to disable a feature the startup relies upon.

ManageFlitter has nearly 2 million users who access both its free service and the professional, paid version. Soon, however, one of ManageFlitter’s signature features — letting users follow and unfollow Twitter users in bulk — will be banned by Twitter, which claims the feature is used by spammers.

Twitter announced in July that third parties would not be allowed to develop services that allow following and unfollowing “in a bulk or automated manner,” so the news isn’t a total shock.