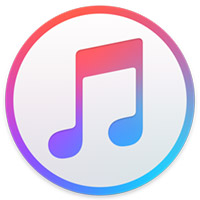 Apple has made a retro version of iTunes available, 12.6.3, reviving features removed by the mammoth 12.7 overhaul it released last month. News of the release surfaced Monday in a post on Reddit by user vista980622.

The company was low key about the release, saying in an online post dated Sept. 23 that the retro version was for business partners who needed iTunes to mass deploy apps on iOS devices.

iTunes 12.7 for macOS and Windows removed the program’s ability to sync apps and ringtones with iOS devices.

Apple said it would not provide support for the retro version of iTunes.

“iTunes is a way that some enterprises distribute their proprietary iOS apps to employees, particularly in areas where there isn’t strong cellular connectivity,” said Ross Rubin, principal analyst at Reticle Research.

“This isn’t an issue in the Google Play world because you can purchase Google Play apps directly from a Web interface,” he told TechNewsWorld.

iTunes 12.6.3 allows enterprises to continue to use the syncing capabilities they’ve become accustomed to in the program, said Andreas Scherer, managing partner for Salto Partners.

“However, there is no upgrade path to newer releases, such as iTunes 12.7 and beyond,” he told TechNewsWorld. “In essence, iTunes 12.6.3 is really an attempt to minimize any customer support burden.”

“Apple was a pioneer in the digital music industry,” he pointed out. “Now there are numerous alternatives such as Amazon Music, Spotify and Pandora, just to name a few.”

Installing retro iTunes over version 12.7 can be challenging.

Version 12.7’s iTunes library is incompatible with 12.6.3, according to the Reddit post. That means a user would need to revert to a backup copy of a pre-12.7 library, or create a new library by holding down the option key on a Mac or shift key on a Windows PC while launching iTunes.

After retro iTunes is installed, the Mac App Store no longer will see 12.7 as newer than 12.6.3, the Reddit post continues.

A manual update to the latest release of iTunes can be performed by downloading and running 12.7’s installer.

Apple’s decision to release a retro version of iTunes will create confusion among some users, said Rob Enderle, principal analyst at the Enderle Group.

Further, even with the retro version of the program, “you won’t be able to access your ringtones and apps unless you use a convoluted workaround,” he told TechNewsWorld.

Apple tried to address some shortcomings of iTunes with the release of 12.7, said Reticle Research’s Rubin.

“iTunes has been criticized for a long time for having gotten too bloated and incorporating a hodgepodge of features and capabilities,” he said. “12.7 was seen as starting to prune iTunes.”

Initially, iTunes was a sideloading platform for the iPhone. Apps were downloaded to the iPhone through iTunes, and iPhones were activated through iTunes. As iPhones became more powerful, they became less dependent on iTunes.

Many of iTunes’ core functions are being usurped by competing technologies. For example, music can be bought through iTunes, but streaming music is eating into that market.

Movies and TV shows also are sold through iTunes, but streaming, as well as Apple TV, has affected those sales too.

The desktop software previously was used to backup iOS devices. Now those backups reside in the Apple Cloud.

Desktop iTunes has value for many users, though. “The desktop is still a discovery platform for apps, even with the recent changes Apple made to the iOS store,” Rubin observed. However, “the changes in 12.7 reflect a movement away from a PC-centric world.”