Apple May Go All-In With Audio 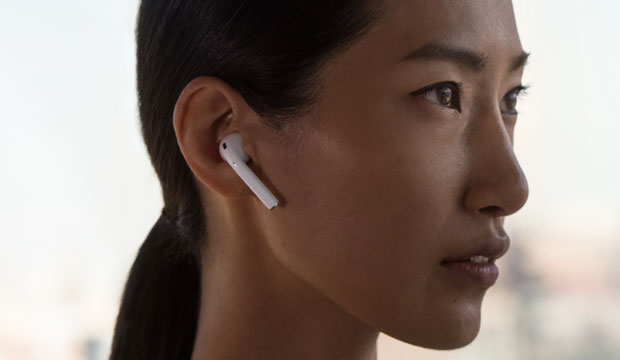 The new generation of AirPods will feature noise cancellation, be water resistant, and have greater range, Bloomberg reported Monday, citing people familiar with the developments.

“Everybody else is already doing those things for earbuds in the (US)$150 to $200 price range,” he told TechNewsWorld.

“A premium version of AirPods that includes that feature would be valuable to users,” Bajarin told TechNewsWorld.

Apple also may be adding noise cancellation to AirPods’ repertoire because in their current state they don’t stack up well against competing premium products from Bose and Plantronics, which do offer noise cancellation, suggested Rob Enderle, principal analyst at the Enderle Group.

“This new offering would be in a better position against those more capable higher-end offerings,” he told TechNewsWorld.

Apple also has been considering the addition of biometric sensors to the pods as a way of expanding its health-related hardware beyond the Apple Watch, Bloomberg reported.

The new AirPods are expected to cost more than the current $159 model, which reportedly will be refreshed later this year with a new chip and hands-free Siri activation.

“The Airpods are a good product, but could always use better battery life and a better fit,” said Kevin Krewell, principal analyst at Tirias Research.

“For example, my AirPods fall out of my ears too easily for me to use around town or in the gym,” he told TechNewsWorld.

There were scant details about the next-generation HomePod in the Bloomberg report.

“The next HomePod should be more intelligent and have more control over home automation,” Krewell suggested.

“I’d like to see a HomePod version of a TV sound bar with surround audio and Siri and Apple TV built in,” he said. “An integrated solution would make a clean addition to a home entertainment center.”

Another route Apple could take with HomePod would be to downsize it.

“The price of entry into an Apple smart speaker is significantly more than what the competition is charging,” noted Ross Rubin, principal analyst at Reticle Research.

“For smaller rooms, it might make sense to come out with a less powerful unit that still retained many of the features of the existing speaker,” he told TechNewsWorld.

Whatever the next-generation HomePod looks like, it’s going to be birthed in a very competitive market.

Apple has positioning and pricing issues with the HomePod, Erickson maintained.

“Apple would like the conversation positioned around audio quality when a lot of the market conversation around smart speakers is about digital assistants,” he explained.

“Apple is anchored to Siri, and Siri hasn’t gotten the best reviews when it comes to how it stacks up competitively against Google Assistant and Alexa,” Erickson pointed out.

“The current HomePod is in a difficult competitive situation,” he added, “so I imagine the second-generation HomePod will either add increased functionality or a lower-priced model. It’s tough to say.”

Apple’s planned introduction of new audio products next year reflects an expanded role for audio in the company’s future.

“It reinforces Apple’s commitment to a broader strategy in which audio plays a more important role in their hardware and software ecosystems,” Creative Strategies’ Bajarin said.

It also augments Apple’s reputation in the market.

“It strengthens Apple’s music proposition and gets them more credibility as a broader provider of audio technology and products,” Reticle’s Rubin observed.

Accessories — including AirPods and HomePod — generate significant revenue for Apple. The company last year raked in $12.9 billion from its “Other Products” unit, which includes services and the Apple Watch.

“It wants to be the best-in-breed in each category, which is part of a virtuous circle,” he said. “If you own Apple accessories, you have to stay with Apple’s products — especially the iPhone — to make it all work together.”

With much of Apple’s hardware business under pressure, its accessory business can be extremely important.

“Accessory sales is one of the areas where Apple can, with relative safety, show revenue growth,” Enderle said. “Given Apple’s stock valuation is largely tied to this growth, accessories may be one of the most powerful things they can do to ensure a high stock valuation.”