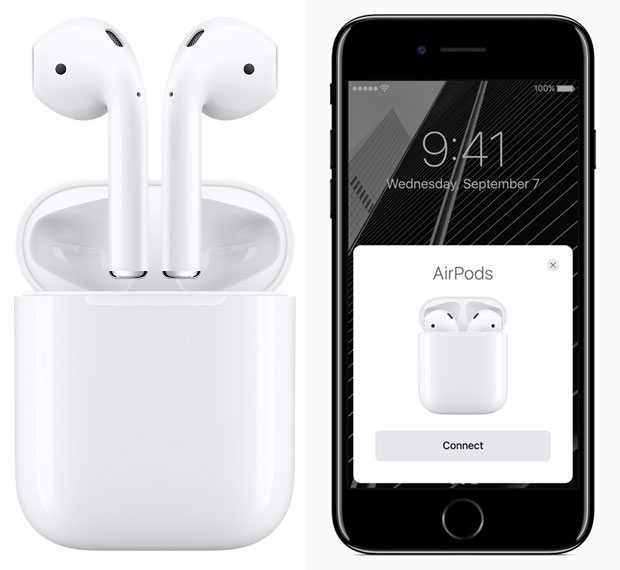 The company on Tuesday began taking orders for AirPods at its online store, and said it would start delivering the US$159 earphones to customers, Apple Stores, resellers and carriers next week.

At the iPhone 7 launch in September, Apple Senior Vice President of Worldwide Marketing Phil Schiller said the AirPods would be available in October, but the company missed that target time frame due to unexplained delays.

Missing the deadline for release of any hot product is bad news for a company, but what made the AirPods miss worse was that the they were supposed to offset some of the sting consumers felt over Apple’s decision to omit the traditional headphone jack in the iPhone 7.

“Someone clearly dropped the ball, because without something like this with the iPhone 7 the attached sales for the earbuds were stalled, and it made it harder to sell iPhone 7s,” noted Rob Enderle, principal analyst at the Enderle Group.

“Both products should have shown up at the same time,” he told TechNewsWorld.

However, the absence of AirPods doesn’t seem to have affected iPhone 7 sales that much.

“The absence of AirPods hasn’t been a deal breaker for consumers interested in the phone,” he told TechNewsWorld.

On the other hand, the late release certainly will impact sales of the AirPods.

“Apple missed an attractive cross-sell opportunity when the new iPhones were released,” Rubin noted, “and they missed the Black Friday opportunity, when there would have been increased traffic going through stores.”

AirPods still could be a popular item this Christmas, though.

“It’s a relatively small product, easy to pick up online, easy to ship,” Rubin pointed out. “It could still wind up in stockings or under trees.”

Apple is being mum about what caused the delay in bringing the AirPods to market, but several reports link it to the new W1 wireless chip in the headphones.

“There’s definitely been a problem with the supply chain, and the best I can figure it was related to the custom Apple W1,” said Kevin Krewell, a principal analyst at Tirias Research.

If that’s the case, though, it wouldn’t explain why Apple could ship the Beats Solo 3 and Powerbeat 3 headphones, which also use the chip. Another Beats model, however, the X BT, also is experiencing delays and may not reach retail shelves until next year.

“It could be that Apple needed more time fine-tuning the chip for rated battery life,” Krewell told TechNewsWorld.

Battery life is one of several drawbacks that have dampened demand for products similar to the AirPods.

“There aren’t a lot of products like this in this segment, largely because they are expensive, easy to lose, have poor battery life, and the sound quality isn’t in line with their cost,” Enderle said.”Most folks in this price band prefer headphones, because they provide a much better experience at the same price and they are harder to lose.”

Some reports have blamed sync problems for the delay.

“It’s rumored that the AirPods were receiving signals slightly out of sync,” said Jeff Orr, senior practice director for mobile devices at ABI Research. “The stereo effect was not working right.”

In most Bluetooth earbuds, the signal from a device is transmitted to one of the buds and transmitted to the other via some kind of wired connection between them.

AirPods don’t have any wires so the signal is sent to each bud separately and must be received by them simultaneously. If not, the signal is out of sync, which scotches the audio experience.

If there were sync problems with the AirPods, though, those problems didn’t appear in the demo units, noted Orr, who attended the Apple event when the earphones were announced.

“It’s hard to know what caused the delay, and I don’t know if we’ll ever know what the cause was,” he told TechNewsWorld.

The AirPods offer more than just a new way to listen to music, which is why Apple had to make sure it made the product right from the time it left the starting gate, observed Ian Fogg, a senior director at IHS Markit.

“AirPods is part of Apple’s vision for mobile,” he told TechNewsWorld.

“It isn’t just a Bluetooth headset that you listen to music on or answer phone calls. It’s a voice interface for not only listening but for also speaking so you can interact with your watch or phone seamlessly without having to pair or reconnect them,” Fogg explained. “It’s an extension of the Apple Watch and iPhone experience.”

One of Apple’s historic strengths has been perceiving when and how to nudge the consumer market to accept new user interfaces, said Brad Russell, a research analyst at Parks Associates.

“They don’t have to be great — just good enough to add value to the smartphone,” Russell continued. “Apple EarPods were never the best earbud on the market, but their stylish design, comfortable fit and inline remote added significant value at the time to become an iconic symbol of the iPhone brand.” 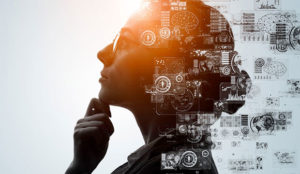