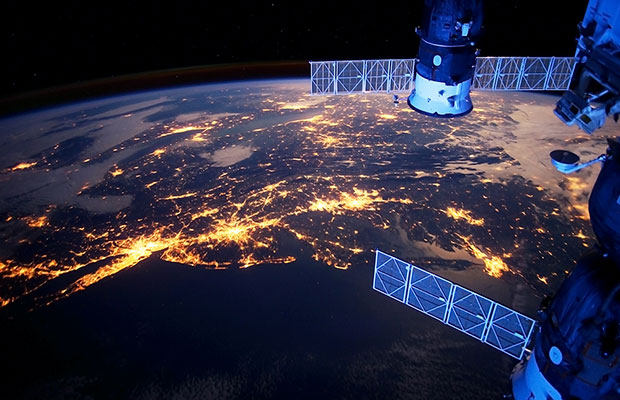 Amazon has cleared a major regulatory hurdle in its quest to deliver Internet service to unserved and underserved areas of the earth.

The U.S. Federal Communications Commission has approved, with some conditions, Amazon’s Kuiper Project, a US$10 billion low-orbit constellation made up of more than 3,000 satellites.

“We conclude that grant of Kuiper’s application would advance the public interest by authorizing a system designed to increase the availability of high-speed broadband service to consumers, government, and businesses,” the FCC stated in an authorization order issued July 30.

That approval came on the condition that Kuiper submit a final orbital debris mitigation plan with the commission.

The FCC requires applicants for a space station authorization to submit a description of the design and operational strategies that they will use to mitigate orbital debris, including a statement detailing post-mission disposal plans for space stations at the end of their operating life.

Kuiper has submitted a preliminary plan to the regulators that calls for deorbiting satellites in no more than 355 days following completion of their mission, a shorter time frame than the 25-year standard established by NASA.

A final plan, however, won’t be available until the final constellation design is completed.

“Because the design of Kuiper’s satellites is not completed, and because Kuiperconsequently did not present specific information concerning some required elements of a debris mitigation plan, we condition our grant of the Kuiper application on Kuiper presenting, and the Commission granting, a modification of this authorization to provide for review of the final orbital debris mitigation plan,” the FCC wrote in its order.

“We have heard so many stories lately about people who are unable to do their job or complete schoolwork because they don’t have reliable Internet at home,” Amazon Senior Vice President Dave Limp said in a statement.

“There are still too many places where broadband access is unreliable or where it doesn’t exist at all,” he added. “Kuiper will change that. Our $10 billion investment will create jobs and infrastructure around the United States that will help us close this gap.”

That $10 billion was questioned by one retail industry expert. “It seems like a lot of money to be investing in this,” observed Mark William Lewis, CEO of Netalico Commerce, an e-commerce development agency based in Raleigh, N.C.

Investing $10 billion in space is pretty significant and the payoff really isn’t certain,” he told TechNewsWorld.

“It could be that Jeff Bezos wants to build a space company like Elon Musk,” he added. “Maybe Bezos plans to launch the satellites himself with his company.”

Elon Musk, of Tesla fame, won approval for a SpaceX venture called Skylink, which already has more than 300 birds circling the earth and is nearing a critical mass to switch on the system and provide some minimal service to the United States.

Initially, Starlink received approval from the FCC for one million fixed-earth stations — the hardware consumers and businesses will use to connect to the network — but it has since asked for an increase to five million based on initial interest from consumers to the project.

The earth stations — called “UFOs On A Stick” by Musk — are less than half a meter in diameter and contain motors that allow the units to track Skylink’s satellites. According to Musk, instructions for setting up the hardware are simple: plug in socket, point to sky.

Meanwhile, a third player, OneWeb, is set to emerge from Chapter 11 bankruptcy after being bought by the government of the UK and Bharti Enterprises, who each have pledged to invest $500 million into the venture.

Additional players in the mix adds risk to Amazon’s network. “It’s risky because no one knows how well this will work, or if there is a sufficient market to support one of these networks, let alone more than one,” said Michael Calabrese, director of the wireless future program at the New America’s Technology Institute, a think tank in Washington, D.C.

“That’s especially true of SpaceX because Amazon could offset the cost of its network by being an anchor tenant of its own network,” he told TechNewsWorld.

While shining the light of the Internet on dark areas of the world with little or no online service may be one factor behind Kuiper, there are some business benefits to Amazon, too.

“Amazon is an e-tailer. If you can’t connect to the network, you can’t buy anything from them,” said Rob Enderle, president and principal analyst with the Enderle Group.

“Think of it as a retailer opening up branch offices,” he told TechNewsWorld. “In this case, though, they’re creating connectivity so people can buy their products. It’s a case of opening up new markets and allowing for expansion.”

Netalico’s Lewis added that satellite networks can be an easy way for Amazon to spread the Internet.

“You don’t have to work with the local governments to expand the Internet,” he said. “You just fly your satellites into space, and everyone has the Internet, and they can order from Amazon.”

Amazon could also benefit from providing business services through Kuiper. That could mean tracking the assets of both Amazon’s and others. It could also mean fleet management and providing connectivity to remote locations like mines, farms, campgrounds, pipelines and offshore wind facilities.

“Amazon is increasingly starting to do its own delivery and moving away from UPS and the postal service,” observed New America’s Calabrese.

“It’ll want to manage its fleets, including fleets of drones,” he continued. “It makes sense to use a satellite network to control drones because they depend on line-of-sight.”

“Amazon, like Google and Microsoft, benefits from having everybody connected because they’re selling cloud services, through AWS, and video, through Prime,” he said.

“Companies that use Amazon Web Services will be happy with more people having access to the Internet,” added Lewis, “because it means more people will have access to those companies’ services, too.”