This week’s All Things Appy takes a look at the five best, free geo-oriented apps for the iOS platform.

To keep your costs down, we’re concentrating on those tracking apps that don’t require additional hardware, like sensors.

Not all mobile Apple hardware products have GPS satellite location, which many of these apps require for best results. The iPod is one of those.

Also, be aware that GPS chips use an enormous amount of battery power, so expect to see degraded battery life the longer you run these apps.

GPS signals require a view of the sky. They don’t work as well in dense cities or woodland.

About the iOS Platform: Apple’s apps are available in the iTunes store. Browse to the store from your device’s home screen and search for the app you need.

This is the most popular iOS running and jogging app. It uses the phone’s GPS along with accelerometer to track workouts. Distance, pace and time are included along with Facebook and other social network sharing. 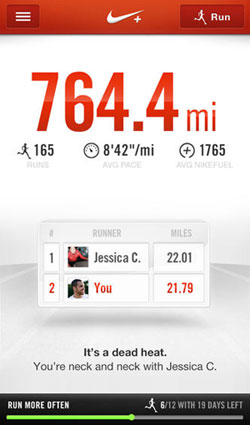 Added app benefits include inline listening to music plus it has background cheering. Challenges, meanwhile, are available for extra motivation. No additional hardware is required.

No. 2: Phone Tracker for iPhones

Here’s a way to keep track of people when they’re out and about. The free version lets your track one phone and see its movements on a map for a 4-hour period.

Use it for tracking the tykes on their way home from school or for tracking a dispatched employee and optimizing their work day. It requires permission from the tracked phone.

Added features include voice guidance, automatic re-routing based on a change in conditions and the inevitable Facebook add-in, which in this case lets you see friends driving in the same area.

The only reason we’ve placed it in a runner’s-up position is that much of the functionality is duplicated by Apple’s default product. However, you should try robust Google Maps if you haven’t already.

Spectacular graphics let you explore the globe, zooming in on locations like a bird in flight.

A useful daily driver for planning activities, too, because the three-dimensional mapping aspects give you a feel for what to expect. The included virtual tours are also good for discovery.