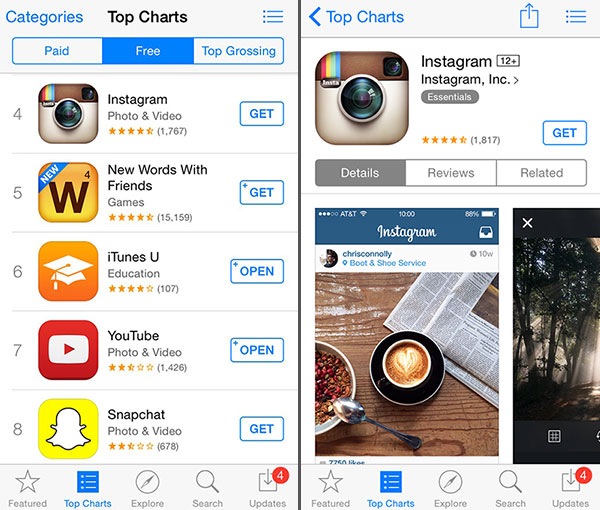 I haven’t been thrilled with app discovery on the App Store for years, and while Apple has been tweaking things to make it better, it’s pretty easy to enter the iOS App Store, look around, and come to the conclusion that only an infinitesimal fraction of 1.5 million apps must be worthy of showing off — and unfortunately, Disney’s “Palace Pets in Whisker Haven” is one of them.

Which raises the question: Are there really great apps that never see the light of day hiding out in the App Store, waiting for their chance to get recognized and shine… or are there only a thousand or so that are any good?

And does “good” mean that no fewer than seven of the top 50 Top Grossing iPhone Apps are casino-type games that heavily feature slots in the title or description?

What does that say about humanity? And why would a developer ever want to try to sell into this lowest common denominator of humanity anyway?

A recent post on Apple rumor site MacRumors caught my attention — “App Store’s Emphasis on Chart Positioning Squeezing Out Developers and Media Publications.” The basic premise is this: “While the App Store was once a relatively even playing field, with a balanced mix of indie developers, mid-size studios and large publishers, the storefront now suffers from increasing disparity, a problem that is suffocating for many developers, enthusiast media publications and the broader ecosystem.”

To compete and get noticed these days, developers need to throw seemingly insane amounts of marketing at their offerings — think Super Bowl ads and TV spots with slick videos that characterize game play in ways that seem far more fun than the reality of the app. Alternatively, developers must somehow game Apple’s chart ranking system to get noticed. Or they can spend marketing dollars on buying users, essentially to climb Apple’s ranking system to get noticed.

As a consequence, TouchArcade — MacRumor’s sister site — and other app-covering publications are suffering, because the ecosystem perhaps is not thriving as well as you might think, and app developers aren’t advertising with enthusiast publications.

About this last marketing issue: Pretty much every publishing segment has been getting — and there is no pretty way to say this — absolutely bitch-slapped with advertising problems these days, so form a line to join the club.

Meanwhile, it’s not like the music industry doesn’t have this same problem — discovery for great indie musicians, for instance. Pop candy crap overwhelms our least-common-denominator airwaves, flooding out the innovative, edgy or even interesting songs out there. The same goes for movies and TV shows.

So what’s different? The Apple App Store used be something far different. It had the promise and potential of being a conduit to the masses, where the feeling was that if you built something truly great, it would get noticed and skyrocket to fame and fortune — or at least something that could pay the bills.

The belief seemed to be that if you built it, customers would come… and failing that, that a smart developer had a reasonable chance at success. The feeling now seems to be turning toward pessimism — that a small chance of getting struck by App Store lightning has diminished to a teeny tiny chance, so rare that a developer could swing an iron rod around in the air during a lightning storm, shout at the gods, and still not get struck by lightning.

Novel writers have been having these dreams, too, for far longer than app developers, and the chances of getting rich have been just as tiny. Heck, there are more slots to be filled by professional football and baseball players than there are for best-selling novelists.

Can’t the Most Powerful Tech Company in the World Fix It?

All of this brings me to Apple’s role with the App Store. It’s hard for me to imagine that any discerning adult would look at what the App Store is showcasing right now and feel excited about it. Apple occasionally produces some cool curated categories that interest me, but often those categories must interest someone else.

I have no beef with the curation, which Apple has been amplifying over the last year or so. The first core problem is filters, because popularity — unfortunately and sometimes ironically — is still a reasonable way of finding great apps. The problem is that 80 percent of popular apps will, I would guess, be of zero interest to most people most of the time.

For example, the slot machine apps that get millions of fans excited… utterly turn me off. The cute little pet games and anything with jewels or candy? Not for me. So how could Apple improve the App Store?

1. Filter out categories in the top rankings.

For me, if I could filter out Games when I’m browsing for new apps — in full “discovery” mode, not looking for anything in particular — Apple’s top-ranking categories instantly would be more effective, if not downright helpful.

Similarly, if another person could filter out everything except Games, Entertainment, and Lifestyle, that could be handy, too. The issue to solve here is when someone is looking for an app but doesn’t have a specific thing already in mind. The delight of discovery during this sort of app shopping is powerful stuff.

One problem with using the ranking lists to find new apps is seeing apps that you’ve already used or downloaded. Those are effectively irrelevant to discovering new apps and are just eye clutter you have somehow to see past.

Similarly, if you’ve already mentally rejected a particular app, why do you have to see it again and again? Why not let a user hide it? For instance, I will never download “Kim Kardashian: Hollywood.” Never. Nor will I download “Big Fish Casino” or anything that says “Free Slots” or “Candy Crush Saga.”

Apple is smart enough to know when I’m logged in and which apps I’ve already acquired. The company certainly is capable of giving users the ability to hide annoying or irrelevant apps. Apple has enough cash to do it — just not the interest or will.

Why do you need a free trial period for a freemium app? You don’t — but the whole model of the App Store is sliding into the lowest common denominator of humanity. Most free apps are laden with all sorts of ingenious and sometimes devious methods of monetizing usage.

Like an invasive and poisonous lionfish, this successful method of app monetization crowds out all others, creating an ecosystem lacking in diversity and health. So, for paid apps — especially paid apps that promise value greater than US$1.99 — Apple should let developers prove their worth with a free trial period rather than a free version and a “pro” version, or a version with a bunch of in-app add-on purchases. This could be a boon not only for high-quality developers, but also for consumers like me.

Case in point? Apple currently has a niftily curated “Outdoor Adventures” section that’s perfect for a guy like me. One of the apps is “Gaia GPS – Offline Topo Maps and Hiking Trails.” The app is $19.99, which presents a challenge: We’ve all been burned by bad apps, so is dropping twenty bucks worth the risk here?

An option for a developer who creates high-value apps and charges real money for them could be effective. I’m sure it would renew hope for more than a handful of high-quality indie developers.

For apps like games, the general rule these days seems to be making a free game with in-app purchases. Problem is, free changes the nature of expectations and leads to a general state of crud. Is it just entropy? Some other rule of the universe? Who knows.

Apple also currently has a cool “Pay Once and Play” curated section of games. That’s cool. What would be even better? An easy way for a developer to allow a customer to download and start play for a short period of time to get a feel for the gameplay and quality of the app.

All Apple would have to do is not charge the user until after the waiting period expired. It could be 15 minutes or 30 minutes, and it could be opt-in by the developers or imposed by Apple. It just has to be clear and easy to understand.

The point is, more flexibility for developers and more opportunities to prove trust and worth to customers — without risk — is a solution.

Personally, I don’t like this option, but it could remove roadblocks and encourage app discovery without getting into devious freemium schemes: Why not create a subscription service? And a subscription service for families? In this model, you pay $10 a month — like Apple’s new music service — and get access to all the opt-in apps and games.

The developers get some shared amount of usage dollars, no doubt calculated with a pretty-but-disclosed algorithm, and users have yet another way to try all sorts of apps with a set level of risk. If these apps did not allow in-app extra purchases, better still. That’s peace of mind for parents, too.

Meanwhile, would the major app game studios need to participate? Not if they didn’t want to. Still, for indie developers, it could be another avenue that could lead to a winning game.

These five changes aren’t about fixing the marketing problem for indie developers. No doubt a good many developers devote freakish amounts of time to developing their apps but then invest little in marketing, simply hoping they’ll get noticed among millions.

Releasing an app in the App Store is a lot like publishing a download for your app on a Web page… being one drop of water in a lake is essentially the same as being a drop of water in the ocean.

So, what would the changes help bring about? They would help change the nature of the App Store. They would make it more user- and developer-friendly at the same time. They would help fight against annoying ad-supported and freemium app-development tactics that, let’s face it, drag down humanity. These changes could help restore a sense of value to apps — and to the App Store as a discovery vehicle. 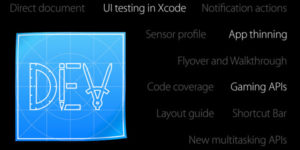