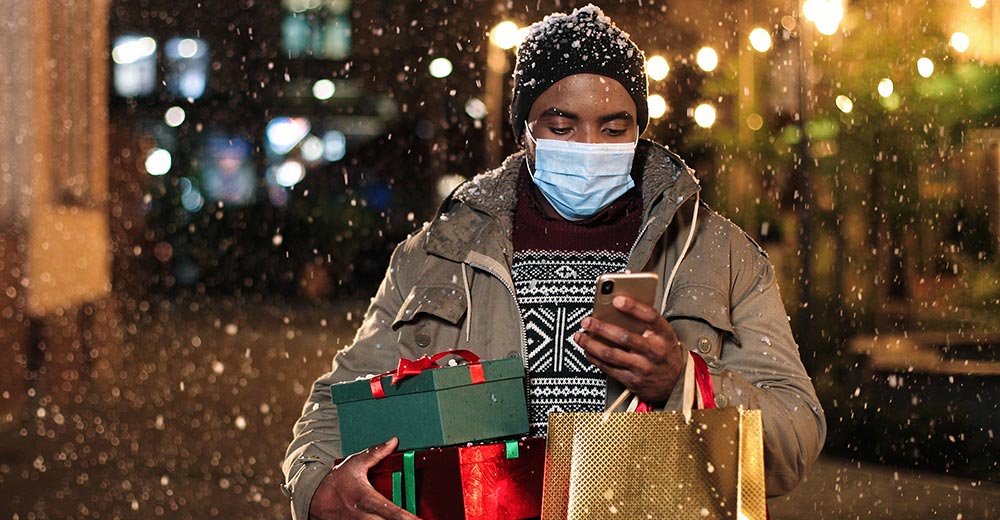 Thanksgiving has passed and I’m sure we all had wonderful conversations with our relatives on safe topics like politics and religion and are feeling pretty good about not seeing some of those folks for at least another year. But, good news, our list of folks to buy gifts for likely got significantly shorter!

It is my tradition to write a piece on tech gift ideas every year, though I wonder how many of you have completed your shopping given the logistics problems that the market is experiencing.

A piece of advice: if you find something in stock you want to buy, buy it — otherwise it may vanish in moments. Last week this outcome happened to my product of the week. It was in stock when I submitted my column, but it was out of stock the next day.

This year I chose one product I want but likely won’t get, and four others you might want to consider. One for those having trouble sleeping, one for those concerned about the increase in crime and accidents, the best TV in the market (currently), and something for the older loved one who may suddenly need help.

I’ve always wanted to have my flying machine, but I want something easy to learn that doesn’t need an airfield to take off and, well, is electric and not gas-powered.

The Jetson ONE Quadcopter is a large drone that will carry a person — priced at a reasonable (given the cost of other products in its class) $92K and arriving in a kit that is 50% assembled.

This thing looks like a lot of fun to fly. It has a limited range and it is licensed as a recreational aircraft. It has features like advanced drones, which allow for one-button landing, a ballistic parachute, Lidar sensors for active terrain tracking, a triple-redundant flying computer, and eight electric engines (you can lose one and still fly and land). It has a top speed of 63 mph and a 20-minute flight time.

Jetson ONE has two flight controls, a three-axis joystick, and a throttle lever to keep things simple. It will recharge on a Level 2 charger in one hour and on a Level 1 charger in two hours. Folks heavier than I am will have to watch it fly. However, it has a max carry weight of 210 lbs. Good excuse to go on a diet!

Imagine the look on people’s faces as they pull out their quads and bikes, and you pull out this quadcopter flying over their heads free of mud, dust, and most bugs. Santa’s not popping one of these into my stocking this year, but you may be luckier than I am.

If I were to pick one product I really can’t live without, it would be my Ooler.

This device is a replacement for an electric blanket and it both heats and cools. My wife likes it warmer than I do, and this allows us to share the same room at night.

It circulates distilled water (I use PC coolant to reduce evaporation) which means none of the electric fields have some folks concerned about electric blankets. Other devices in the market use air and have an advantage in that you don’t have to monitor the coolant. But water transfers heat better than air, and I find the air blowing under the covers distracting. 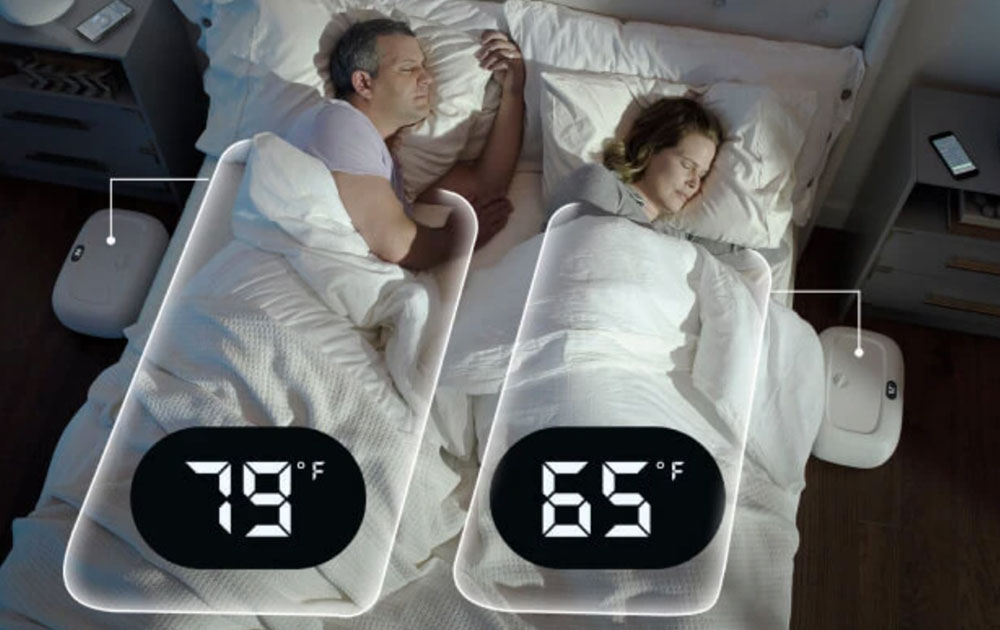 The Ooler is the firm’s high-end product that doesn’t need as much cleaning, is better looking, and can be controlled by your smartphone.

If you share a room with someone else who likes it hotter or cooler than you do, (I feel for those of you in dorms) the Ooler allows you to have the sleeping temperature you want without going to thermostat war with your roommate.

I’m also a moderator on a car forum, and one of the topics that come up is a bit of envy for the built-in camera system in Telsa cars. I could have used one of these a couple of years back when a state trooper lied to give me a ticket (he said I was out in the open with no cars around me when I was actually in bumper-to-bumper traffic). If I’d had the video of the stop, I could have proven he wasn’t telling the truth.

The BlackVue DR900X-2CH dash camera is on sale for $413.59 at the time of this writing and not only captures events automatically while you are driving but what is happening around your car when it is parked. 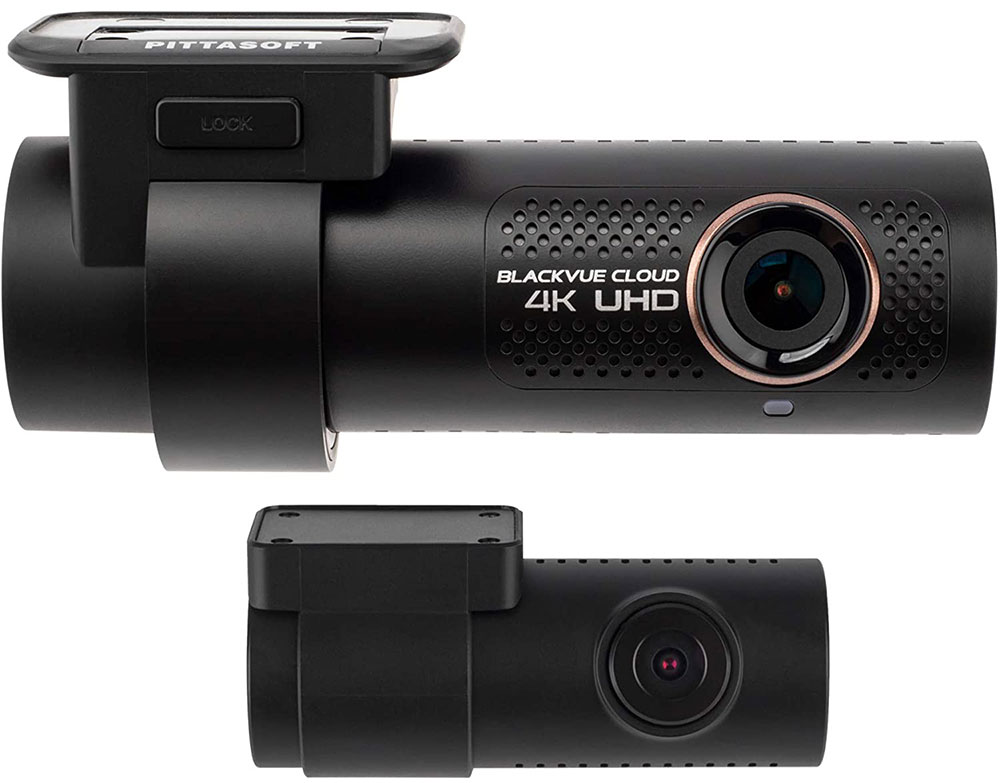 A couple of weeks back, a guy parked next to my wife’s new Volvo slammed his door open so hard he did over $2K damage to her door. Fortunately, he was honest and hung around to share insurance information, but had he not, we’d have been out at least the $500 deductible.

The camera captures 4K video front and rear so you can have your own YouTube channel of crazy drivers — or provide the evidence some poor driver that was hit needs to prove their case.

People that have this camera swear by it, and it could be critical to proving your case should you be in an accident. I had a guy back into me once and claim it was my fault, and a friend of mine had a woman shift into reverse at a light, hit him, and then claim he was at fault. These things happen, be prepared.

I bought two LG OLED TVs, one for the bedroom and one for the living room. If you have an OLED screen on your smartphone and love the brilliant colors and true black, imagine that at a TV scale.

Before this year I owned exclusively high-end Samsung TVs. I’ve shifted to LG OLEDs and, while they are expensive, if you like watching first screen movies but aren’t a fan of theaters where folks are a bit uneven in their mask-wearing and vaccine use, then this TV class is for you.

Ours is a 77-inch I bought at BestBuy for around $3,200. That same TV is on sale now for $2,899 — which is decent savings given there are shortages of everything at the moment.

It is interesting to note that the LG TVs use webOS, which used to be Palm OS back when Palm was the smartphone maker to beat.

Be aware that these LG OLEDs are skinny and have their wall mount low on the TV, so if you want to wall mount it, you may need a mount that will precisely fit these TVs.

We watched the latest Marvel movie “Shang-Chi and the Legend of the Ten Rings” the other day on this TV and it was awesome. I’m still using Sonos speakers (center, two surround, and a sub), and with that cranked up and the room dark, it was damn near as good as watching it in IMAX (I watched the IMAX version).

Yes, you can get a regular LCD TV for less; but damn, once you go OLED, I doubt you’ll ever go back.

As we age, we can get into trouble by just getting out of bed too fast, falling, and getting hurt. The stories of elderly people who have been on their floor in pain for days until they are discovered are profoundly troubling. We all have people like this in our lives, just one wrong step away from being in real trouble.

When our memories fade, the risk of us getting lost, disoriented, or finding ourselves in an area where we are in danger increases as well.

Years ago I got hooked on an science fantasy series called Shadowrun. In the stories, there was a medical service folks could subscribe to that had a one-button device to summon help.

Now there are several of these in the market, and the best appears to be the Mobile 2.0 device and service from Medical Guardian.

They also have one called Mini Guardian (pictured right) with coverage on a nationwide 4G cellular network that has optional fall detection that may be even better.

The Mobile 2.0 device is Wi-Fi and LTE enabled to work both in the home and on the road. It has GPS to send its location, and it has a built-in intercom so the dispatcher can ask what the problem is to send the appropriate response.

The Apple Watch has a similar feature set, but it is too complex for many and, when you are hurt, remembering how to access the different functions or even making sure you wore the watch may be problematic. The Mobile 2.0 Wearable Medical Alert requires no skills to learn. When your loved one is in trouble they just hit the button and ask for the help they need.

A “Care Circle” network of emergency contacts can be created to notify those in the family responsible for care if there is a problem, including sharing the location of the person in need.

It’s water-resistant to be worn in the shower where a lot of folks slip and fall. You can put the help button on a necklace or wristband if it is more convenient, and a full four-hour charge lasts up to five days, depending on use.

That’s a wrap for his holiday session. Remember, there are massive shortages out there. I cheated this year and gave most folks a gift card a couple of weeks ago so they could get what they want before the stores ran out. Fingers crossed, as of this writing everything I’ve listed shows in stock.

If anyone gets that, Quadcopter takes a picture and send it to me so I can be profoundly jealous.

Here is hoping you have a wonderful holiday season and we all survive into the new year!