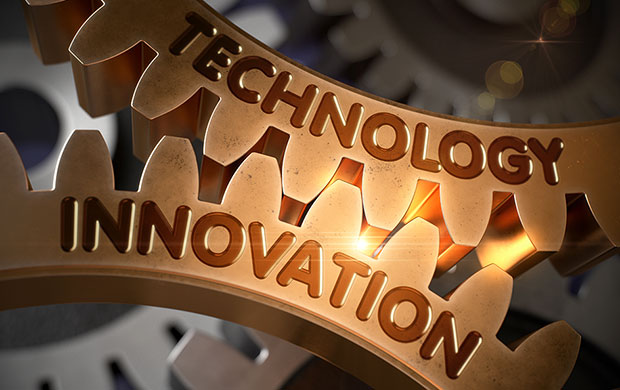 We are up to our armpits in COVID-19, also known as “coronavirus,” concerns. While the technology market could be devastated by it, there are several things tech players could do to mitigate the damage.

This week I’ll cover the top three from my perspective. I’m not going to talk about things that every company can do, and many already are doing, like having people work from home and stand six feet apart. I’ll focus on aggressive steps the industry could take to mitigate the first manageable pandemic in the world’s history.

I’ll close with my product of the week: a new video conferencing solution from Poly that could help significantly to stay engaged while you work from home.

The thing we got early on with phones — that they needed to interoperate — we seem unable to grasp when it comes to video conferencing. If someone calls you using Facetime, you’d better have an Apple device. Zoom needs a Zoom client, WebEx needs a WebEx client, Skype and Teams seem unable to interconnect despite the fact they both come from Microsoft.

If we are going to enable employees to work from home fully, we need to make sure this video conferencing stuff will interoperate much as we did with smartphones, telephones, networked devices, WiFi, and SD cards. We can fix this, and if we want people to be productive, we should.

Companies like FLIR have powerful infrared cameras that can provide accurate alerts on temperature, and we even use them in smaller form in Windows laptops and desktops that have Windows Hello enabled.

We’ve been trying to get augmented reality glasses off the ground for some time, and newer designs have built-in cameras to better place virtual images. If we replaced those generic cameras with ones that could measure heat, we could tell which people close to us were running a fever and avoid them.

If we can avoid sick people, there is far less likelihood we’ll get sick. If we encounter some nimrod like that basketball player who thought it was funny to go around touching everything he could, and then was diagnosed with COVID-19, we may be able to mitigate the problem. I think the guy should be held financially responsible for the disaster that resulted.

First responders should have access to glasses like this, as should Secret Service personnel, anyone in law enforcement, and anyone in healthcare. We can identify threats and scale that ability up so that we don’t have to close events — but only if there is a better way to detect those who are sick.

3. A War on Fake News and Bad Actors

This false information is creating a real danger for those desperate for a way to mitigate the risk. Social media companies are becoming an existential risk all by themselves. A lot of this incorrect information is coming from countries that wish us harm but have no control over the number of people who are likely to follow this wrong advice. The harm could grow well beyond what those countries intend and even be considered an act of war.

I think the industry not only needs to delete this false information but also take aggressive steps to bring the people spreading it to justice, much like Missouri just did to Jim Bakker and his silver solution hoax.

We have the artificial intelligence tools to identify and eliminate these invalid recommendations at scale, and doing so potentially could save a lot of lives.

If the information we are getting on the virus is accurate, so you know just what your risk is and what works in terms of mitigating that risk, it will offset the fear of the unknown. If we could see those who are running a fever, we could reduce the risk not only of getting COVID-19 but also of getting the flu and other illnesses that present with a temperature, making us all healthier over time.

Finally, if we could get video conferencing to work as well as phones now do, then maybe we wouldn’t have to fly as often to attend meetings physically, and we could avoid many of the places we are likely to get sick.

Something else to think about, as China recovers while the U.S. gets sicker, is that related markets will move to where a country can execute. If we don’t get our arms around this virus quickly, we could find the technology market has moved to China, and it won’t be easy to get it back.

Having China get a huge sustaining economic benefit from accidentally releasing a virus would teach politicians with low morals that this virus path is an excellent relatively low-risk way to gain power, and that impression likely would not end well for our race.

So, implementing ways to mitigate this virus not only could make us safer and healthier, but also could ensure that one of the U.S.’ most significant assets — the tech market — doesn’t end up belonging to the country where COVID-19 originated.

I’ve been covering video conferencing in some form or other since the 1980s, and the near-global problem is interoperability. Communications products that don’t interoperate are pretty much worthless, yet we still don’t have a common standard. This lack of universal standard forces us to focus on products that try to stretch to do this, and that is what led me to the Poly Studio X30.

At US$2,199, it isn’t a cheap date, but it natively supports the primary standard that is out there, H.323, and one of the most popular platforms, Zoom. More native support is coming, according to Poly.

This system has the standard core set of features as well, including wireless content sharing, an AI noise blocking feature (critical if you are working from home along with your pets and your kids who were sent home from school), and it will work for up to six participants. While it comes with a 4K camera, you’ll need to plug it into your 4K TV for the best experience.

This configuration allows you to stand up and present in front of the device to your remote team or kick back on a comfortable chair and listen in to a remote meeting or industry event. I tested the device with the Poly TC8 control unit, which was handy but not critical to the experience.

While desktop video cameras are excellent for small meetings and one-on-ones, I find the larger units like the Studio X30 better for larger meetings so you can better see the room and when I need to stand to present as if present in the room. It also tends to show the room, making it clear I am wearing pants and do have a home office and body. I’m not just a talking head.